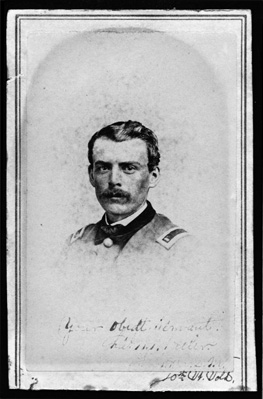 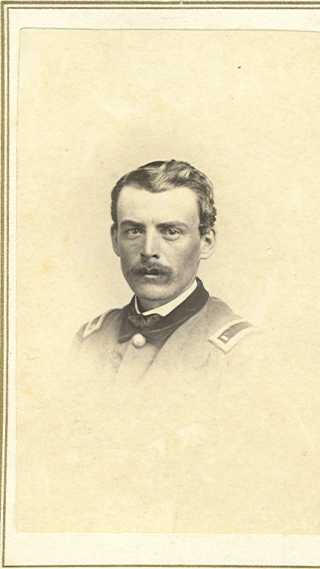 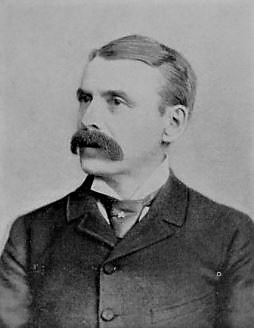 Obtaining his education in the common schools and academy at Enosburg, he first engaged in mercantile pursuits in Saint Albans, and later in Burlington.

In obedience to his patriotic impulses, he enlisted in Co. I, 10th Regt. Vt. Vols., went at once to the field in the summer of 1862, being actively identified with its movements in the campaigns of 1862 to 1865. In the midst of the most exacting duties of field service, which had become to be attended with great privation and peril, he declined to accept the proffer of a year's service at home as a recruiting officer, choosing to remain at the front.

After five months' service in the adjutant-general's office, and nine months in the division commissary department, with offers for a discharge from the service and employment as a civilian with lucrative pay, he obtained his release from these positions and joined his regiment when General Grant took command of the Army of the Potomac, and from the commencement of that officer's campaign he participated in every battle to the close of the war; was promoted through the grades of corporal, sergeant, orderly sergeant, second lieutenant, first lieutenant, to regimental quartermaster. He was wounded at Cedar Creek, and on account of his injuries was absent forty days from military duty. He received an honorable discharge at the close of the war, and came to Irasburg, where he opened a general store, in which he has since continued, and at the same time operated in real estate.

He has been a Republican since the formation of the party, and has been honored with many official positions in Irasburg.

Mr. Wheeler represented Irasburg in the Legislature in 1886, and in 1890 was elected from Orleans county to the Senate, in which body he introduced the secret ballot act, and labored hard for its enactment.

He is a successful man, and always relied on his own resources, never receiving help from others.

He was united in marriage, June 7, 1871, to Louise E. Nichols, daughter of Levi N. and Elizabeth Dow of Enosburgh. The issue of this union were: George E. (deceased), May L., and Lucy H.