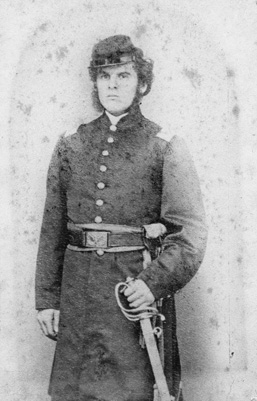 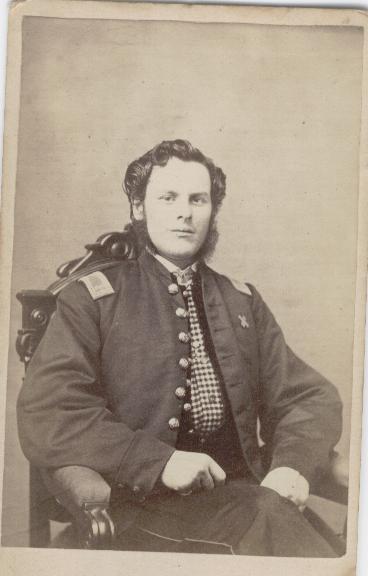 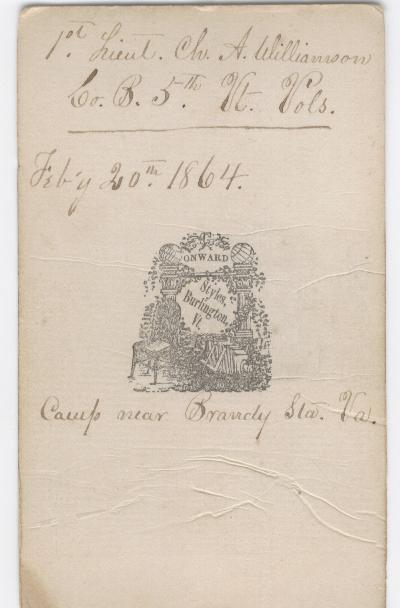 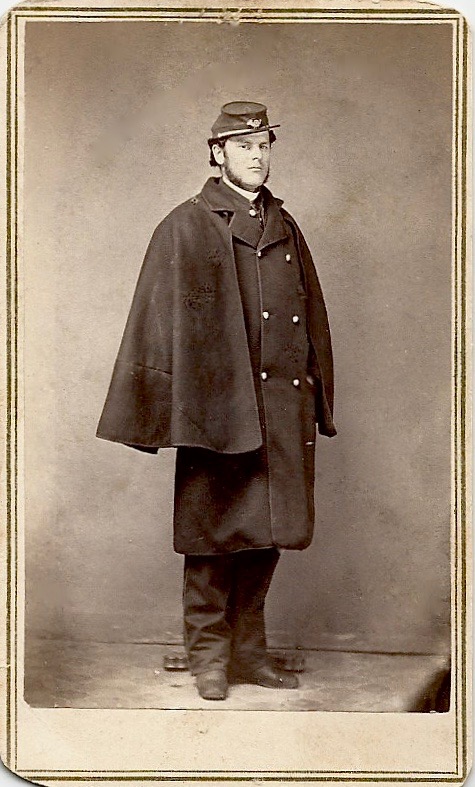 Middlebury - Charles H. Williamson, 79 years and seven months old, a life long resident of this village, died at the home of his niece, Mrs. John W. Hammond, on High street Saturday morning at 3 o'clock. He is survived by two nieces, Mrs. Hammond, with whom he lived, and Mrs. R.A. Woodward of Warrensburg, N.Y., also two nephews, Charles Williamson of Weyburn, Sask., and Isaac Williamson of Middlebury. Mr. Williamson was born August 16, 1842, and was the son of Isaac and Katherine (White) Williamson. He was a Civil war veteran. He enlisted in Co. B., 5th Vt. Vols., and was later transferred to Co. K. of the same regiment, passing through all the grades from private to captain, and was afterward transferred to Co. B. as first lieutenant. He was a member of William P. Russell post, G.A.R., and at one time was its commander. After the Civil war he was engaged for many years in the livery business. Mr. Williamson was considered a political general in former years. He has been a member of the board of village trustees.

Note: A picture of this soldier is available in the italoItalo Collection.