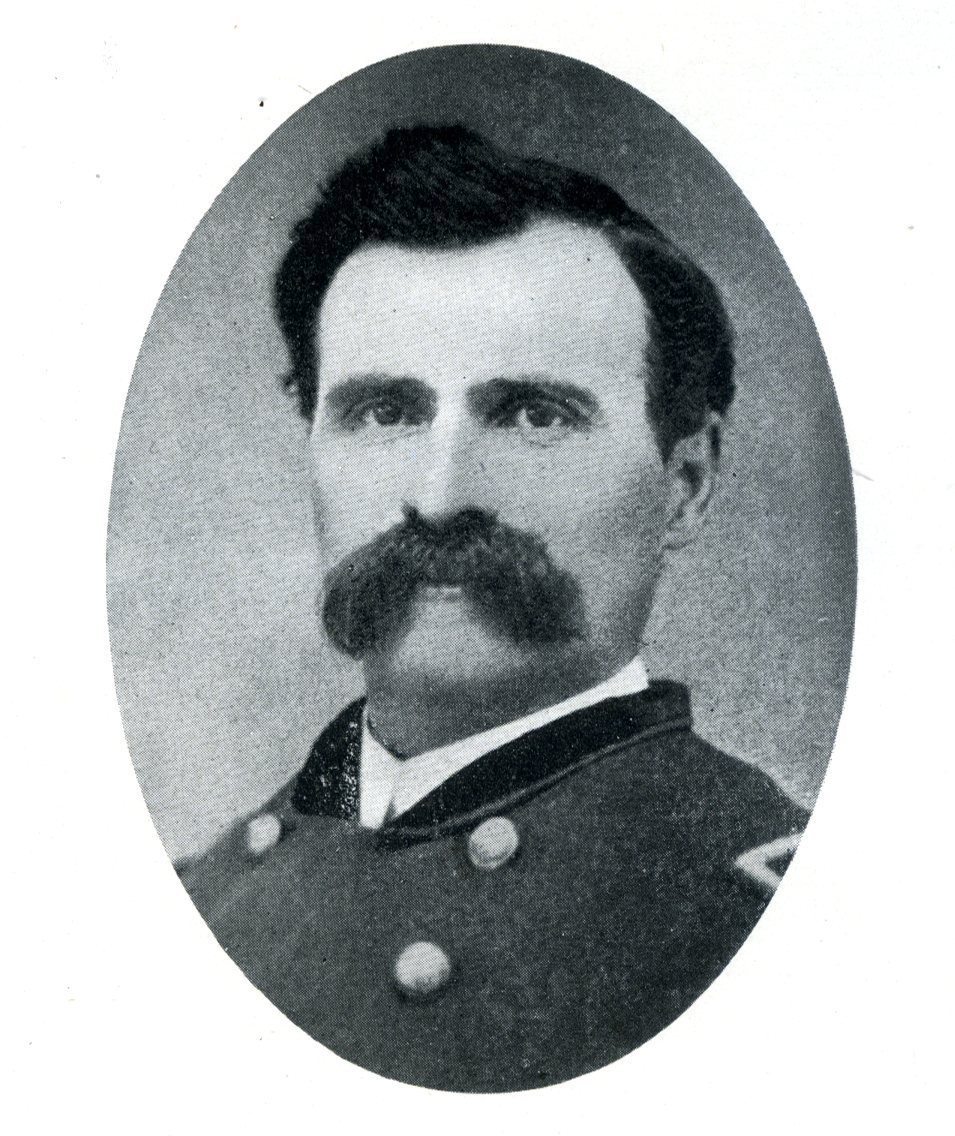 FROM THE 13TH REGIMENT
We are permitted to publish the following extracts from a letter by Capt. Boynton, of the 13th Regiment. The person furnishing the extract has our thanks for the favor, as doubtless also those of all our readers who have friends in the company, for all are interested in hearing from our friends who are "enduring hardness, as good soldiers" in the cause of our country and of freedom.
CAMP VT., VA., DEC. 7, 1862
Once more, from the old spot: I write you, and for the first time to speak of hardships, and the mere practice of war. I will give you a description of our journey from Union Mills, to Camp Vermont; not to over-rate it, because I cannot with a pen. We started Dec. 5th, at 10 o'clock a.m.; it beginning to rain and snow. I tried to get my men into a car and was told I could not; but refused to order them out to an open car, thinking I could do better. At last I succeeded in them into a good car. It continued to storm all day with a cold northwest wind; the snow at night being three inches deep, very muddy of course. We came down on the cars to Alexandria; arrived there about 3 o'clock p.m.; the storm unabated, got out of the cars, and, in the mud, started for the old camp. I left the second Lieut in the cars with three men, to guard the baggage. They stayed all night without any fire. I told the 1st Lieut. To march the men to camp, and I went in the rear to see to the sick and help them along. We had about two miles to march. It stormed so hard that it wet my rubber coat through on the shoulders going that distance. Imagine yourself marching up a long hill, in the mud, ankle deep,, with your feet cold and wet, in a bleak wind; than to think of going into the woods or rather brush, in a thick fog, with snow loaded on to every branch so that the trees were white from top to bottom.: without any shelter, or any means of building a fire, with little to eat, and no way of obtaining more; knowing you must stay in this condition until your tents could be drawn up, set up, and arches built in them; wet and hungry all the time, with the thermometer far below freezing point, and perhaps you would think we needed sympathy. I will tell you how we got along through the night In the first place I went by way of the 12th; borrowed an axe, went over to camp, and found the boys consulting what to do. I said we would go into the woods, and off we started to find a grove that I had seen before, about 1-2 miles distant. Every limb was bowed toward the ground, and the wind had blown the snow under the boughs. The rain came in such torrents that the water ran off every branch; therefore no protection there. It was by this time, about dark. We cut down some trees so that the water would not from them onto us. After about two hours work we had a large fire burning. It had stormed all the time, and frozen onto our backs, but at last we took our rubber blankets and what pieces of tents we had; hung them up on the windward side of our fire, which broke the wind off some. Then we ate supper which consisted of salt pork and bread. I did not have any dinner that day, and for my supper I ate a small piece of pork and a loaf of bread which weighed twenty-two ounces. It cleared off, and the wind went down at 12 o'clock, so we layed down to sleep; some slept, some did not -- I slept. One or two caught cold --- I did not. Our tents came the next day; the boys set them up; we had one meal that day.
The boys did not complain a word.

CAPTAIN JOSEPH J. BOYNTON of Company E, 13th Vermont Regiment, was born in Stowe, Vt., in 1833 and had always resided in his native town up to the date of his enlistment in 1862. When he enlisted he was 29 years of age. He was a very worthy upright man In every day life from either a social, moral or religious point of view. He won the respect of not only his own company of men, but all who had occasion to be placed under his command either before he was promoted to Major, May 5, 1863, or after, it was all the same as far as the writer had any personal knowledge of the matter. He served through his term of enlistment with credit to himself, state and town. While in the service he was studying medicine and afterwards completed his course and began the practice of medicine and through the influence of Comrade S. A. Andrews he secured a position and located at South Framingham, Mass., where he was soon the leading physician in that place, there being seven others in practice at that time. He was very prominent in his business, as a practising physician, and resided there until his death which occurred June 17, 1897, aged sixty-four years.

From the South Framingham, Mass. Tribune, we learn of the death of the well known Dr. Joseph J. Boynton, June 18, a former resident of this county and a man esteemed by everyone who knew him. Stowe and Morrisville people in particular were interested in the deceased.:

"South Framingham is called upon to mourn the death of an honored resident and universally respected and esteemed citizen, Dr. J.J. Boynton. Joseph Jackson Boynton was born in Stowe Vermont, on June 9, 1833, being 64 years and eight days old at the time of his death he was the son of David and Malinda Austin Boynton. Educated in the district schools in Stowe until sixteen years of age, he then spent one year at Peoples Academy in Morrisville. He then taught school for three years. About the time of his entrance to the academy, deceased began the study of medicine and continued to prepare for the physician's profession, graduating from the University of Vermont, June 26,1878. He entered upon the practice of medicine in Stowe and remained there until 1881. In that year he removed to South Framingham, where he has resided for sixteen years and has followed his profession.

"His war record was a worthy one. He enlisted from Morristown, August,1862, and on Sept. 18 was elected Captain of Co. E, Thirteenth Vermont volunteers. Going into active service, he was on May 5,1863, elected Major. He was discharged from the service July 23,1863, his enlistment expiring. While in Stowe he held various public offices, and for two terms, 1865-'66 was a member of the Vermont Legislature from his native town.

He was known as a man of sterling temperance principles and was a member of the Grace Congregational Church. Deceased leaves a wife and three children, Mrs. Ada B., wife of Geo. E. Fowler of South Framingham, Dr. J. Stannard of Long Island and Mrs. Elsie M., wife of Clarance L. Dunaven of South Framingham."