"Give up that Flag!" Woodbury demanded 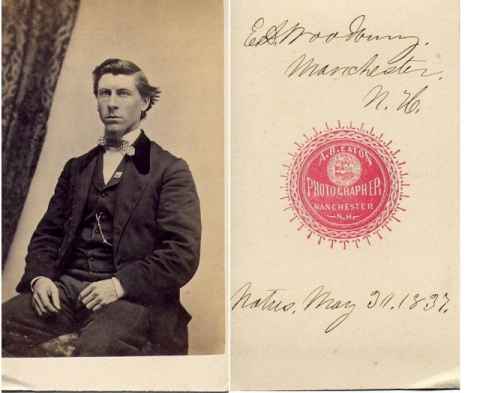 Eri Davidson Woodbury, son of Henry and Hannah (Davidson) Woodbury, was born in Francestown, N.H., May 30, 1837. He prepared for college at the New Hampton Institute, N.H., matriculated at Amherst College in 1859, and graduated from Dartmouth College in 1863. After graduation he briefly took a position as the principal at the Derby Academy, Derby, Vermont, before enlisting as a private in the First Vermont Cavalry at St. Johnsbury, Dec. 14, 1863.

A Sergeant in Company E at the time, Woodbury captured a Confederate flag at Cedar Creek, Va., on October 19, 1864, for which action he received the Medal of Honor, which was presented to him October 26, 1864 by Secretary of War Edwin Stanton. His citation reads:

During the regiment's charge when the enemy was in retreat Sgt. Woodbury encountered 4 Confederate infantrymen retreating. He drew his saber and ordered them to surrender, overcoming by his determined actions their willingness to further resist. They surrendered to him together with their rifles and 12th North Carolina (C.S.A.) regimental flag.

Vermont's military historian, George G. Benedict, who chronicled the exploits of Vermont's participation in the War of Rebellion, included the following in his description of the 1st Vermont Cavalry's actions at Cedar Creek (vol. 2, p. 670):

Some noticeable personal incidents attended these captures. The general officer captured was Major General S. D. Ramseur of North Carolina, commanding a division of Early's army. He had been mortally wounded in front of Getty's division, and placed in an ambulance, which was halted on the pike by Corporal Fred A. Lyon of company A. to an officer or orderly accompanying the wounded general who wanted to know what he meant by stopping the general's ambulance, Lyon replied that he "guessed the General was the very man he was lookin' for"; and ordering the driver of the ambulance to turn about he marched the general and his escort to headquarters. ... Sergeant Eri D. Woodbury of company E met four Confederate foot-men, each apparently carrying a musket. He ordered them to surrender, and they obeyed. As he was marching them away he noticed that one of them hung back, and that he was carrying his gun behind him in a peculiar way. Looking closer in the dusk, Woodbury discovered that instead of a weapon, the man was bearing a flag rolled on its staff. Woodbury thereupon relieved him of his burden, which proved to be the colors of the Twelfth North Carolina infantry, and delivered it and his prisoners at the brigade headquarters. Private James Sweeney 2d, of company A also captured and brought in a battle-flag. Lyon, Sweeney and Woodbury were sent to Washington after the battle, with others who had taken colors, to turn them over to the War Department. They were introduced personally to Secretary Stanton by General Custer, and each received from the secretary a medal of honor, together with a twenty-days' furlough. This was a larger share of these marks of especial distinction than fell to any other cavalry regiment. Of the eight medals of honor awarded to the cavalry for captures of colors at Cedar Creek, three went to members of the First Vermont cavalry, and two to members of the Fifth New York cavalry, of Custer's division. The Sixth Michigan cavalry, Sixth New York cavalry and Ninth New York cavalry, of Merritt's division, each had one medal.

On November 26, 1864, Woodbury was promoted to 2nd Lieutenant, and on March 13, 1865, to 1st Lieutenant. Two days later he was brevetted Captain "for gallant and meritorious service in the field." He was mustered out of the service on June 21, 1865. 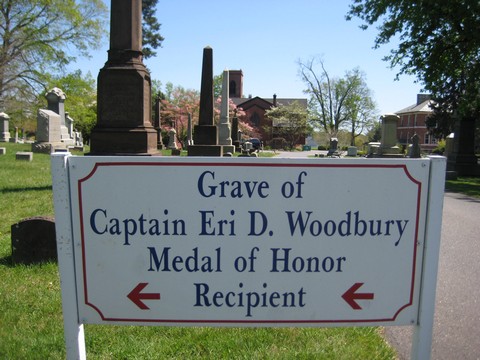 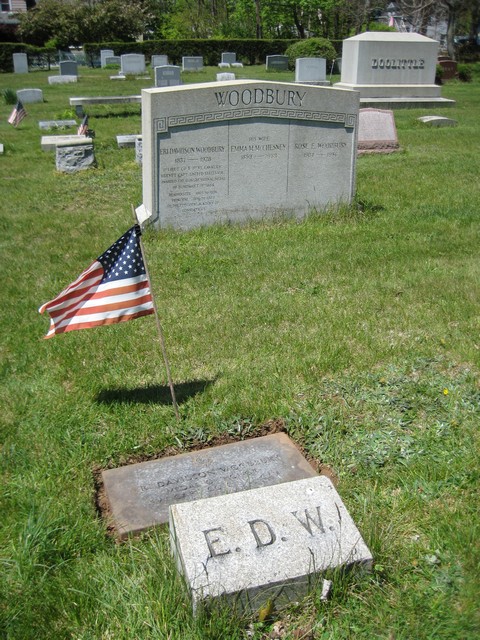 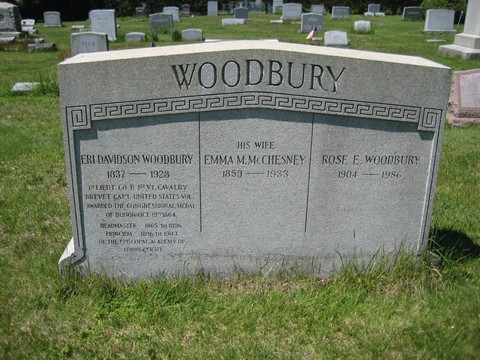 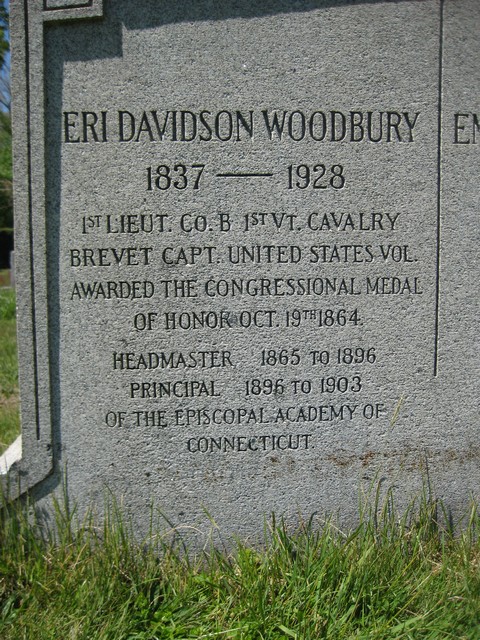 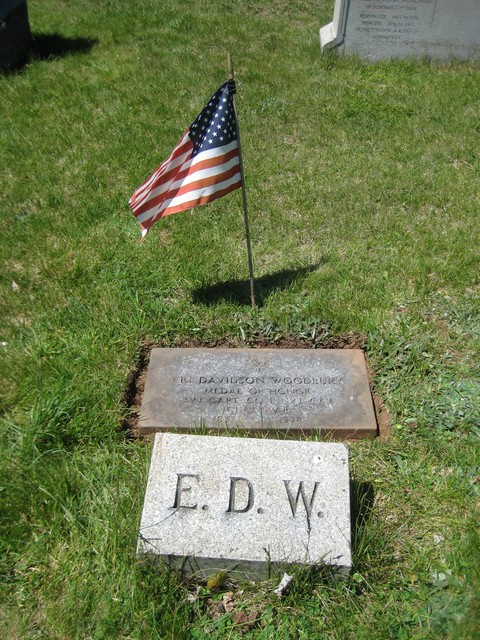 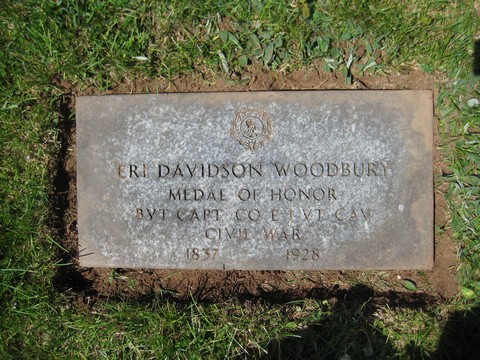 Benedict, George G., "Vermont in the Civil War. A History of the Part Taken by the Vermont Soldiers and Sailors in the War For The Union, 1861-5. Burlington, Vt.: The Free Press Association, 1888.