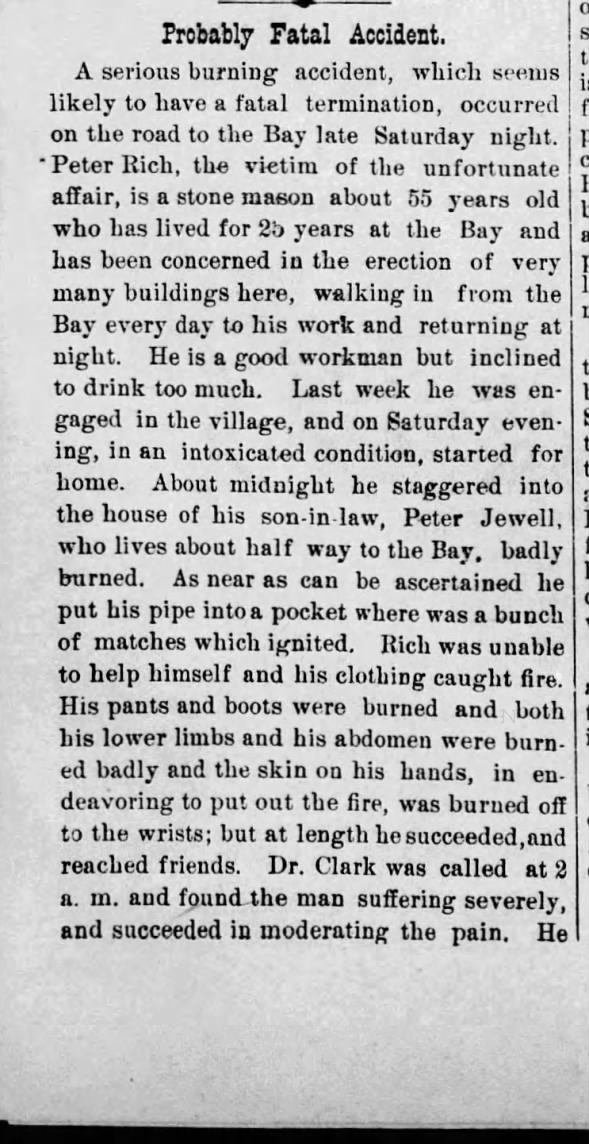 says that the prospects are that the man will die, for the wounds, though not deep, cover such an extent of surface that a man of Rich's age and habits is not likely to recover. This morning he was quite comfortable, but the chances are against him.

Died From His Injuries

peter Rich, of St. Albans Bay, died last Thursday, from the injuries he received when he was so badly burned a few weeks since.