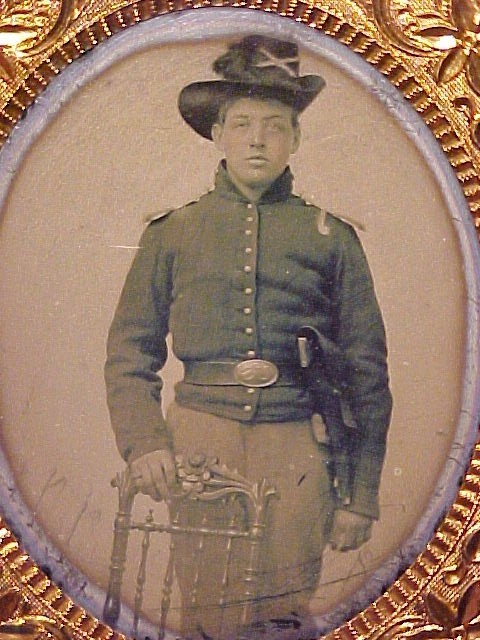 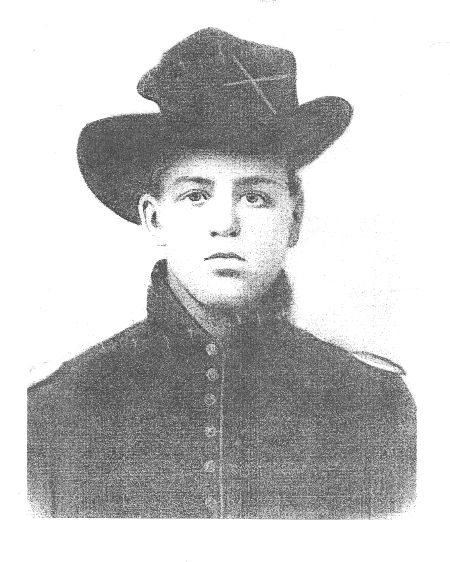 Louis Amell (known as Lewis Amel in military records) enlisted September 15, 1863 and mustered in January 1 1864 with the Third Vermont Battery, Light Artillery. He mustered out June 15 1865 with his unit. Although the 1865 Adjutant General's Report lists his age as 19, he was only 15 when he enlisted. This unique charcoal drawing of Louis makes you wonder how he managed to enlist as such a tender age!

One of the Youngest Civil War Veterans in
the Country, Enlisting at the Age of 15
State Inspector Louis Amell died this afternoon at 1:20 o'clock at his home, corner of Dover street and Windom Terrace, in the 59th year of his age. The cause of death was cerebral hemorrhage, by which he was attacked a week ago this morning. He had not been feeling well for a few days before. A week ago Thursday night he returned from Boston, feeling very tired. He attended to his duties the following two days, though complaining of very severe headache, and he also felt that there was some trouble with his heart. For this he had consulted a physician, but his condition was not considered serious till Monday morning, when after fixing the fire in the furnace he became dizzy and lay down on his bed. His physician was again called and found that he was suffering with cerebral hemorrhage. There was little or no improvement in his condition from that time and on Thursday he became unconscious, in which condition he remained to the time of his death.
Mr. Amell was born in Montpelier, VT, and was the son of Louis and Mary Amell. He grew up there and when only a little over 15 years old entered the Union army, in which his father was serving. This was in the fall of 1863. His mother seriously objected to his enlistment, but the boy was determined to go to the front, and she finally gave her consent fearing he would run away and enlist if she did not. He enlisted in the Third Vermont battery, light artillery, and served 21months. His battery was all through the siege of Petersburg and saw much other service, but he was never wounded. He lacked four days of being 17 years old when he returned from the army, and was one of the youngest Civil war veterans in the country.
After returning from the war he learned the machinist trade at which he worked for a number of years. Twenty years ago he became a stationary engineer and in that capacity he was employed in different places until he was appointed as a member of the state district police ten years ago. For some years before that he had been engineer at the Berkshire cotton mills in Adams. As a member of the state police he was an inspector of boilers and examiner of engineers and firemen. Six years ago he was assigned to the Berkshire-Franklin district with headquarters in this city and he had lived here since that time. He came here from the Worcester district where he had been for four years. He understood thoroughly the duties which came to him in this position and he performed them in a firm and impartial, yet most courteous and obliging manner, with the result that he won the confidence and highest esteem of all with whom he came in contact in his official capacity. As a citizen he was much respected by all who knew him. He was plain and unassuming, sociable and genial, a good neighbor and friend, and the news of his death will be received with deep regret wherever he was known.
Mr. Amell was identified with the Masonic fraternity and was a member of Lafayette lodge, F&AM, Composite chapter, R.A.M., and St. Paul commandery of this city, and of the lodge of Perfection of Pittsfield. He was a member of Hamilton lodge, IOOF of Burlington, VT, of George Sayles Post, G.A.R. of Adams and of the Methodist church in this city.
Besides his widow Mr. Amell leaves seven sons and daughters, Miss May Amell teacher of English in Drury high school, Harry C. of Worcester, Levi N. of Rio, Ill., Mabel, Lillian, Louis and Robert Amell. He also leaves an adopted daughter, Frances Amell.
The arrangements for the funeral have not been completed but it will be held at the Methodist church Wednesday, and the body taken to Middlesex, VT for burial.