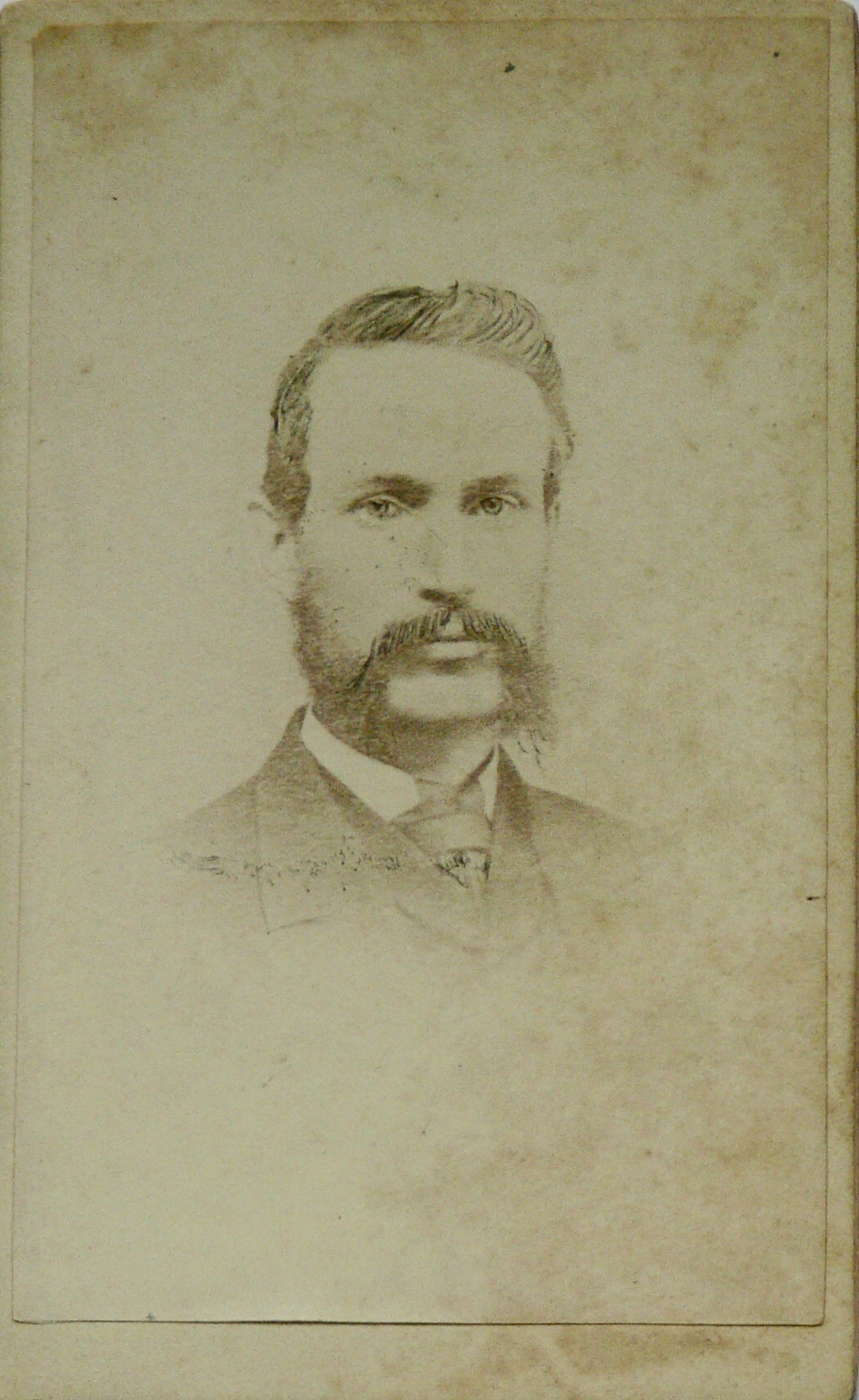 Allen, John H., Hinesburg. Harness maker and merchant. Born Hinesburg, July 18, 1838; son of John and Roxana (Carpenter) Allen. Educated in the public schools of Hinesburg, People's Academy, Morrisville, and Potsdam Academy, Potsdam, NY. In 1857 married Elizabeth Burns of Charlotte; they had seven children, Nelson Leroy (deceased), John C., Mary L. (Mrs. Henry Cassidy, Springfield, Mass.), Katherine (Mrs. A. L. Walker, Burlington), Howard (deceased), Florence E., and Mabel (Mrs. Charles Clifford, Brandon). Employed in the stores of M. Hull, and Charles Phelps, Hinesburg, three years, and for C. F. Stainford, Burlington, one year; in 1860 took up his father's business of harness making which he has continued to date, having been in the business 50 years. Enlisted in Co. G, 14th Vermont Regiment, Sept. 8, 1862; elected 1st lieutenant; participated in the battle of Gettysburg; mustered out July 30, 1863. Captain of Co. H, Vermont National Guard, 1872-3. A Republican; has held nearly all the town offices; represented Hinesburg in the Legislature 1880, elected in 1900, and re-elected in 1902 and 1904; assistant judge of Chittenden County. Member of the Baptist Church; superintendent of the Sunday school for 30 years. Junior warden of Patriot Lodge No. 33, F. & A.M., for several years; was first commander Cummings Post No. 37, G.A.R.; companion of Vermont Commandery of the Loyal Legion.

John H. Allen died Tuesday at his home in Hinesburg, in the house where he was born and had always lived. Judge Allen was 76 years old and was educated in the public schools of Hinesburg, People's academy of Morrisville and at Potsdam, N. Y. He enlisted in company G, 14th Vermont regiment on September 8, 1862, and was appointed first lieutenant. He participated in the battle of Gettysburg. He was captain of company H, Vermont National Guard, from 1872 to 1873. Judge Allen had been a life long Republican, representing Hinesburg in the legislature of 1880. He was elected assistant judge of Chittenden county in 1900 and re-elected in 1902 and 1904. he was a member of the Baptist church, superintendent of the Sunday school for 30 years, member of Patriot lodge No. 35, F. And A. M., was first commander of Cummings post No. 37, G. A. R., companion of Vermont commandery of the Loyal Legion.