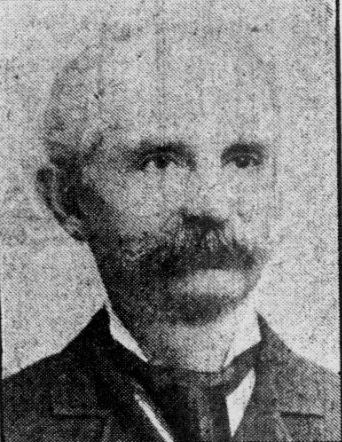 Charles Henry Peddrick, 87, one of the 11 surviving members of Sedgwick post, G. A. R., died at 7:30 last night at the home of his daughter, Mrs. Gordon Ulmer of 19 Spruce street, where he had lived the past 17 years. He had been in failing health the past five months. Death was caused by infirmities due to advanced age.

He was born in Philadelphia July 20, 1842, a son of Michael and Elizabeth (Luberg) Peddrick. He lived in Philadelphia until his enlistment in Company I, 17th Pennsylvania regiment, a three-months organization that saw no fighting, his company being detailed for guard duty at Harper's Ferry. At the expiration of this term of enlistment he returned to Philadelphia and enlisted for three years in Company B, 72d Pennsylvania. This regiment saw hard service at Fair Oaks, the Wilderness, Savage Station, Fredericksburg, Culpepper Courthouse and Gettysburg.

Mr. Peddrick was one of those Pennsylvanians who stood at the "high tide" mark at Gettysburg when Pickett tried to pierce the Union lines. He was severely wounded twice and spent four days and nights following the battle lying on the battlefield almost constantly exposed to falling rain. He then spent over a year in hospitals, serving after a partial recovery as ward master of a government hospital. He was later transferred to the State of Maine, a hospital ship engaged in transferring wounded from Fortress Monroe to New York and other cities, and was finally discharged from the invalid corps for disability Aug. 24, 1864.

After his discharge from the service Mr. Peddrick remained in Philadelphia and for years was employed there as a printer. In May, 1912, he came to this town, where he had since lived. He married, Sept. 6, 1864, in Philadelphia Miss Emily V. Irvine, who died here Dec. 28, 1920. They had five children, all of whom survive. They are: Mrs. W. E. Haskell and Mrs. Gordon Ulmer of this town, Mrs. George Langshaw of Philadelphia, Lloyd Peddrick of New York city and Charles H. Peddrick, jr., of Northville, N.Y. he also leaves one brother, John Peddrick of Philadelphia, 12 grandchildren and 14 great-grandchildren. A sister, Mrs. Sarah McMurtie, formerly of Philadelphia, died about 11 years ago.

Mr. Peddrick was a member of Meade post,. G. A. R., of Philadelphia, until transferred to Sedgwick post of this town, of which he has served as senior vice commander.

The funeral will be held at his home on Spruce street Thursday afternoon at 2 o'clock, Rev. W. C. Bernard officiating. The burial will take place at Morningside cemetery. The funeral services will be private except for the members of the Grand Army and the Relief corps and friends, who are invited.