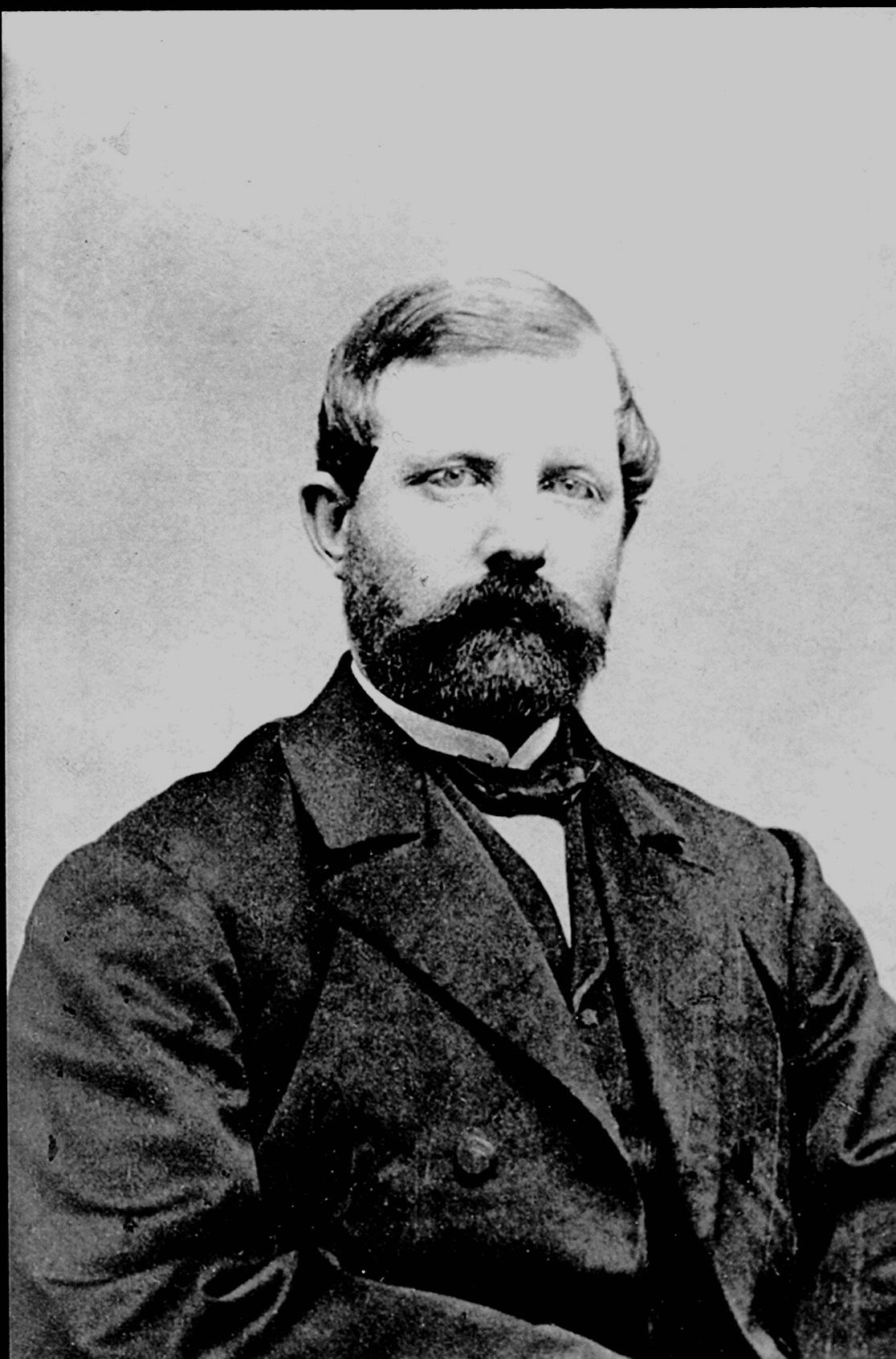 Courtesy of the Grand Lodge of Rhode Island

Dr. LLOYD MORTON, Deputy Grand Master for five of the six years during which Thomas A. Doyle held the office of Grand Master of Masons in Rhode Island, was elected to the highest office in 1872, and served one year. He declined to be a candidate for re-election. He died at his home in Pawtucket, October 16, 1888.

Bro. E. L. Freeman, an intimate friend of Dr. Morton, read before the Grand Lodge of Rhode Island, at its annual communication, held May 20, 1889, a memorial sketch of his long time associate, the paper having been prepared at the request of Grand Master W. N. Ackley. The memorial thus presented is freely drawn upon in the biographical notice here given.

Lloyd Morton was born at Halifax, Mass., on the 3d of December, 1827. His father and his grandfather were physicians, and early in his youth he decided to make the practice of medixzcine his profession. After attending the usual preparatory schools, in his 17th year he entered Brown University, in September, 1845, and four years later graduated. In a large class of more than average ability and scholarship, he took a high rank, being especially proficient in all physiological studies.

He studied medicine at Pittsfield, Mass., and afterwards at Woodstock, Vt. He received his medical degree from the Vermont Medical College, and for a year after his graduation filled the position of Demonstrator of Anatomy in that institution.

In 1853 he became a member of the Massachusetts Medical Society, and started in the practice of his profession in the town of Pawtucket, then in Massachusetts. In 1862 the town of Pawtucket was annexed to the State of Rhode Island, and in 1864 he was elected a Fellow of the Rhode Island Medical Society. He was chosen its President in 1872, and re - elected in 1873, and was a member of the Board of Censors from 1878 to 1884.

During the War of the Rebellion he volunteered under the call for three months troops, and served as Surgeon in the Ninth Regiment Rhode Island Volunteers. Here he manifested such ability that he was solicited to take a similar position in a three years regiment, but the remonstrances of his friends and patients were so strong that he deciined the flattering offer. Returning to his practice he devoted himself to its exacting duties for the twenty - five years and more of mortal being that were allotted him after his surgeon's experience in the war. As a physician Dr. Morton achieved more than ordinary success. He had not only professional skill, but such kindly feeling and true sympathy as brought him into close relations of friendship with many of those to whom he ministered when suffering by the ills to which flesh is heir. Dr. Morton was possessed of qualities of mind and character which were neither understood nor appreciated by those who were not intimately acquainted with him. He was of a highly sensitive nature, which sometimes led him to fancy slights or offence where none were intended, and while he sought favors from none, he was most scrupulous in claiming and maintaining what he deemed to be his rights, and in supporting his opinions. But he was equally as ready to acknowledge the claims and respect the opinions of others, even if they differed from his own ideas. He was always ready to give a reason for any opinion he might hold, and though slow to form or announce his decision on matters of importance, yet when he had, after investigation, decided any question, he clung to it most tenaciously. He seemed to those whose acquaintance with him was slight to be somewhat stern and forbidding in his manners, but those who had been admitted to his confidence and friendship know how true a heart beat within his bosom, and how sympathising and tender he really was.

In 1857 he married Mary Jane Johnson, of Woodstock, Vt. Their union was blessed with one son. Dr. Morton was very fond of his home, and those who were admitted to its sacred precincts learned how pleasant it was. Here he was at his best.

He was initiated into Freemasonry, in Union Lodge, No. 10, Pawtucket, November 9, 1859, and received the two following degrees in due course. He at once took a great interest in the work, and was elected Senior Deacon, November 6, 1861; after serving in this position two years he was elected Senior Warden, and one year later, November 2, 1864, he was elected Worship ful Master, which office he filled two years. With our late Worshipful Brother George A. French, who preceded him as Master, and some others, he was exceedingly anxious to obtain the cor rect work, and visited Providence many times to confer with the shipful William Field, from whose lips they learned the work and lectures of the three degrees, and under their superintend ence Union Lodge obtained a reputation for correctness in the work that has never been lost.

Brother Morton received the Capitular degrees in Providence Royal Arch Chapter, No. 1, but never held any office in Capitular Masonry. He was created a Knight of the Red Cross in Holy Sepulchre Commandery, September 23, 1870, received the order of Knight Templar September 28, and that of Knight of Malta on the 3d of October following.

Upon becoming a member of Grand Lodge he soon took a prominent position, as he was always present at its communications, and participated in its business. He was elected Deputy Grand Master in the years 1865, 1868, 1869, 1870, 1871, and in 1872 was chosen M. W. Grand Master. Although his term of service in this highest office covered but one year, it was suffi cient to show the personality of the man. He was called upon to pass upon some difficult questions and deal with several matters of a complicated nature. In all such dealings he gave proof of ability and of the fact that he was positive and clear in affirming his convictions, The demands of the office of Grand Master upon his time were so great as to preclude his consenting to be a candidate for a second term.

His eulogist in the Grand Lodge, Bro. Freeman, thus describes the mortal release which came to the subject of this sketch:

"He was conscious for several years that he had a disease that might at any moment cut short his life, but this consciousness never manifested itself in his outward demeanor ; he did not permit it to interfere with his duty to his family or others, A few friends he had told of his condition, and that he was aware that he could not battle with his disease much longer ; still he wore the same pleasant smile, he gave the same kindly greeting, he took the same interest in all that concerned his friends as ever. He kept about his chosen work till the very last, and died in the discharge of his duty. In the early gray of that autumn morning, when the silent messenger came he found one as calm as himself; one who shrank not from the ordeal ; one who, though neither wife, nor son, nor intimate friend was near to support and comfort, yet bravely received the messenger as one sent to convey him from this imperfect Lodge below to the all perfect, glorious and celestial Lodge above, where the Supreme Architect of the C'niverse presides, leaving behind him to those who were privileged to know the man as he was, exceedingly precious memories."