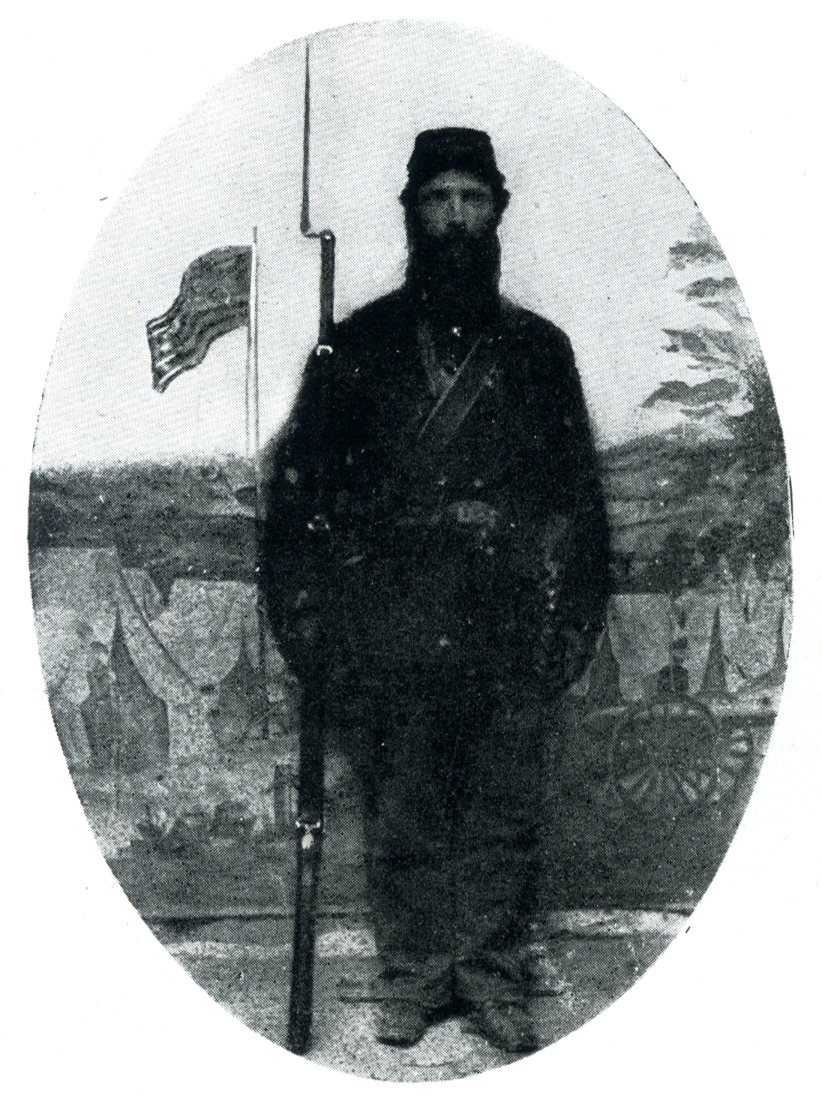 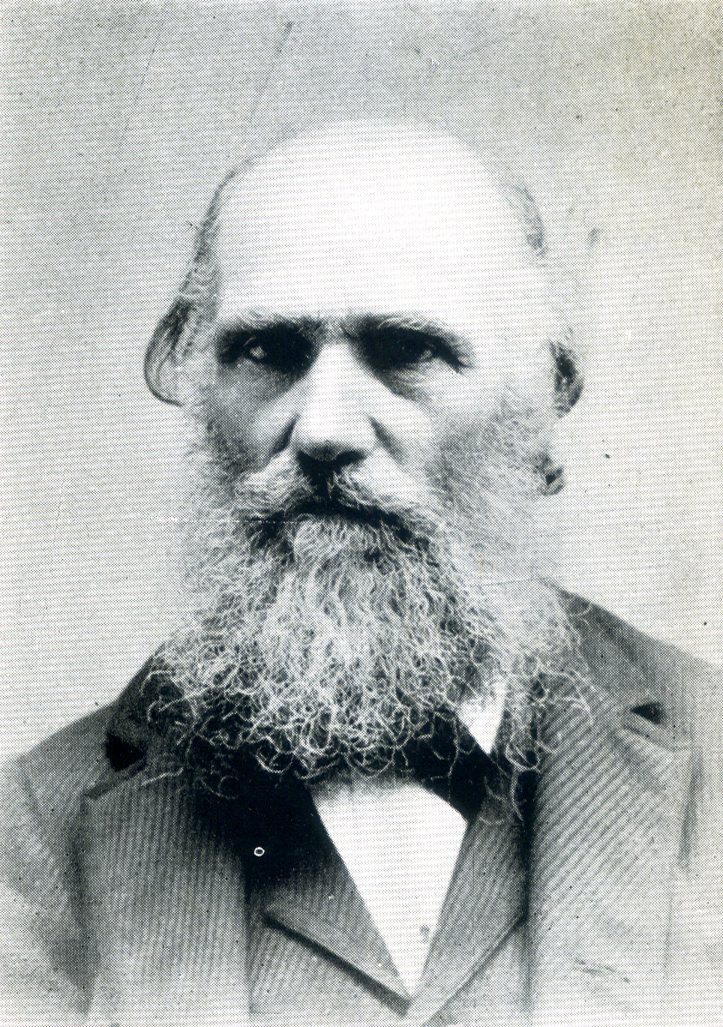 LEWIS BARTTRO, son of Joseph and Mary Louisa Barttro, was born at Point Du Lac, P. Q., January IS, 1S29. Julia Plicia, his wife, was born at St. Pierre Les Becquets, P. Q., November 1, 1S31. Lewis enlisted from Richmond, Vt., September 17, 1862, and served nine months in Company D, 13th Regiment Vermont Volunteers, and was a good and faithful soldier. I was a shoemaker, by trade, at time of enlistment. Was honorably discharged from the army July 22, 1863, and lived in Richmond, Vt, forty-two years (42) after discharge, working at my trade two years, then had to give that up on account of disability and worked at farming and carpentering, till about five years ago, since when I have been disabled to do any kind of work.

I can tell but little of my grandfather, all I can say is that he came from the city of Sorel, P. Q. to Point Du Lac, after the French and Indian war in 1700. I don't know as he had any relatives, for none ever came to see him and he never spoke of any. My mother's people came from France before the French and Indian War, to Quebec. My great grandfather Baribeau was scalped by the Indians in Quebec, and his skin nailed to the door of his dwelling, while his wife was at sea. Before my grandfather was scalped, his wife and six children and six hundred persons more were sent out on the broad sea to perish. They were six weeks at the mercy of the waves, and during that time peace was made. After peace was declared, a ship was sighted and the people of Quebec thought it the same ship that was sent out to perish, so men were sent out to have the ship brought to shore and it proved to be the same ship that had been sent out to perish. All that were on board that ship were saved except one child that died on ship during the six weeks It was out at sea. My father was a British soldier during the war of 1812-13, serving thirteen months in that war.

I was in the battle of Gettysburg and just as we were advancing to where the charge was made a grape shot hit Loomis Bentley in the wrist, the shot lodging between the bones of the lower arm. At the same time one of the shots hit Harry Tomlinson in the shoulder. About that time a piece of iron about two inches thick and ten inches long was seen coming towards us, the ends striking the ground now and then. Just as I was going to call to the boys to look out, the iron struck William Crosby in the forehead. He was lying on the ground near George Fenwick, where he raised his head just in time to be hit by the iron, Fenwick at the same time saying "Oh! My God, Willie, are you hurt?" When he saw the blood come from the wound, Fenwick took his handkerchief and put it on the wound, and saying, "lie down Willie, lie down." At that time the order was given to go to where there were a few rails, laid along for protection, and I left them, Crosby being still unconscious. A few minutes later, some one came along and said, "One of your company boys is wounded", who proved to be Wm. Marsh of Shelburne, who had both ankles shot off, of which he died in about four hours afterwards. John Johnson was hit in the hip by a piece of shell that was buzzing in the air, but did not cut his flesh as it struck on the flatside of the shell. Another one that was hurt was Octave Marcelle, who was hit in the temple by a minnie ball and died the next afternoon. M. P. Scullin who was standing by me, was hit on the Instep by a ball, which since his foot has had to be amputated.

After Crosby was hit, I advanced a few rods ahead of him, towards the rails and did not see him again, nor inquired about him for I thought him dead, but when I reached Baltimore on our return home, who did I see as we passed by the car that carried the sick and wounded, but Wm. Crosby sitting by the window with his head in bandages. During the battle of Gettysburg I also saw a corporal of another company, which I thought was Company K, hit by a shot while he and another fellow were getting water for a wounded soldier, the ball striking him in the back and passing through his stomach. He died instantly. We were mustered out at Brattleboro and I returned home on the eve of July 22, 1863. Lewis was married to Julia Plicia, eldest daughter of Maurice and Matilda Plicia, of St. Pierre Les Becquets, P. Q., September 23, 1849 at Worcester, Mass.

Lewis Barttro died Saturday afternoon at four o'clock at his home, 134 North Willard street, aged 82 years. He had been in failing health for some time. He was formerly of Richmond where he had lived for 45 years, moving to this city 8 years ago. He was a veteran of the Civil War, enlisting in September 1862 in Company D, 13tgh regiment of Vermont volunteers, and was honorably discharged in July 1863. He was in the battle of Gettysburg. He is survived by a wife, 10 daughters and two sons, Sister Marita of St. Vincent's Charitable Institution on the Hudson, N.Y., Mrs. George Dumas of Randolph, Mrs. Samuel Desany of Essex Junction, Mrs. Louis Christmas of Williston, Mrs. John Root of Richmond, Mrs. Luther Rockwell, Mrs. Ellery Zeno and the Misses Agnes, Odelia and Demaris of this city, Gene of Springfield and George of Ellenburg, Washington, and one sister, Mrs. Felix Morway of Worcester, Mass. The son, George, arrived in the city two hours after his father died. September 23, 1909, Mr. And Mrs. Barttro celebrated the 60th anniversary of their marriage, and at that celebration all but George and Sister Marita of their children were present.

Mr. Barttro was an honorary member of the James A. Garfield Circle, No. 4, and of Stannard Post. He was a man of exemplary character, a kind husband and father, and he died as he had always lived, peacefully. The funeral will be held tomorrow morning at eight o'clock at St. Joseph's Church, with interment in Mount Calvary Cemetery.

The funeral of the late Lewis Barttro was held yesterday morning at eight o'clock at St. Joseph's Church. The Rev. J. A. Lacouture officiated at the church and the Rev. J. M. Billon at the grave in Mount Calvary Cemetery. The service was attended by a detail from the Stannard Post, G.A.R., and the ritualistic service was conducted by the post at the house. The bearers, all comrades of the deceased veteran were, R. J. Irwin, Octave Bushey, C. H. Spaulding, Israel Videll of company "A," George Farrington of company "E," and Joel Thomas.