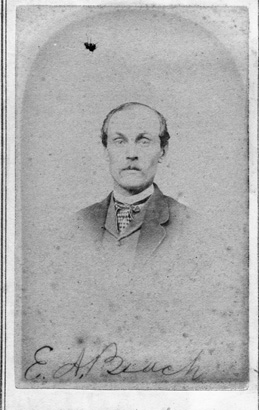 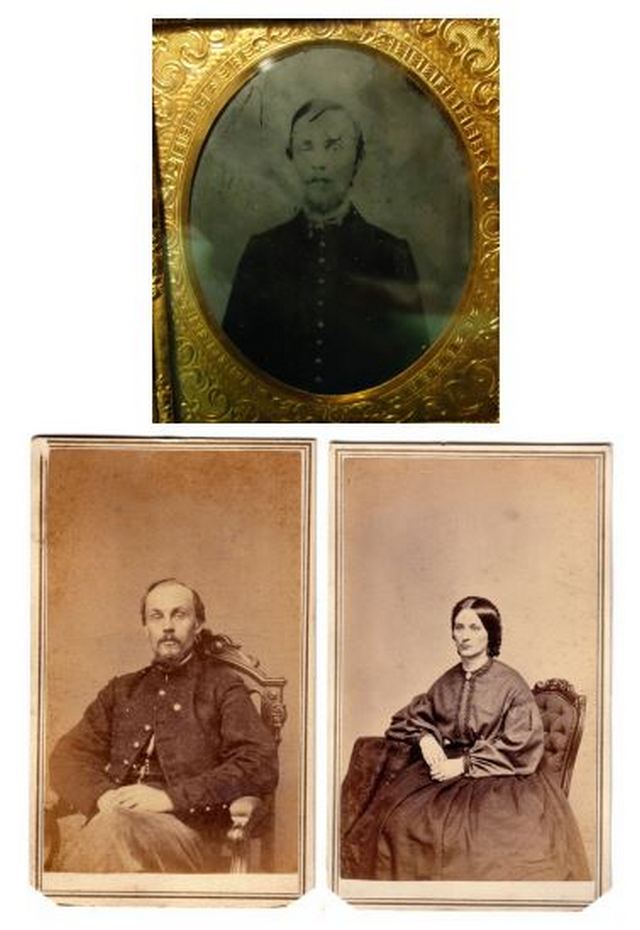 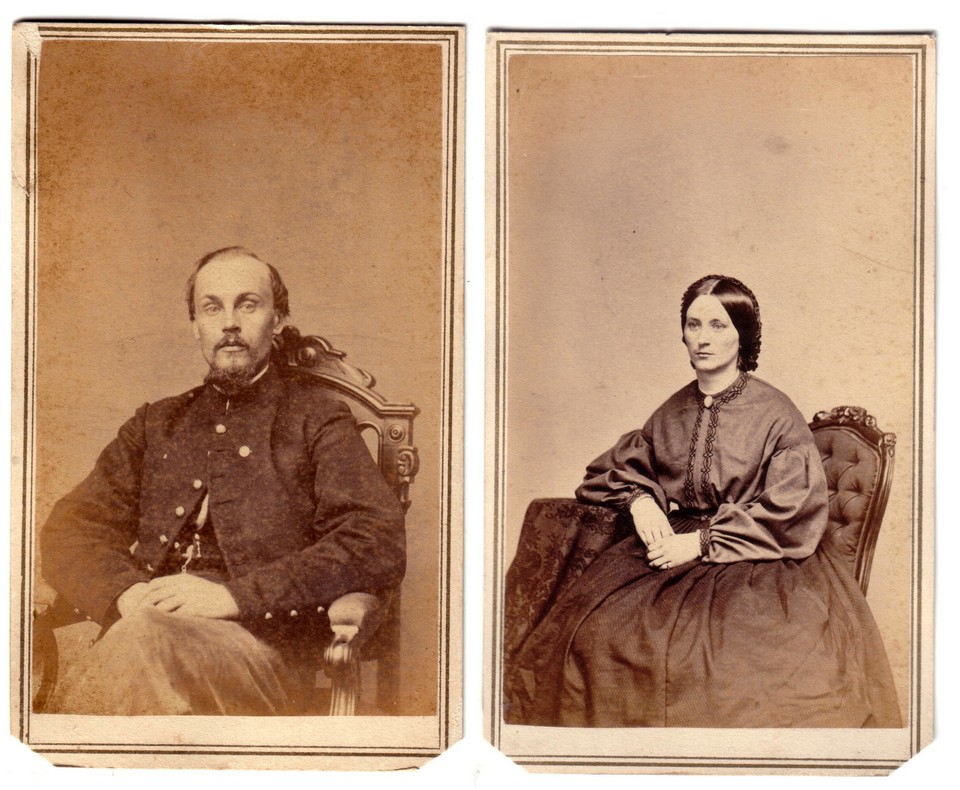 "He was wounded in the right thigh on the 27th of October, 1864, at the battle of Boydton Plank Road, Virginia. He lay on the battlefield without covering of any kind, without any thing to eat, and, of course without having his wound dressed, for five days. His sufferings were great, for during the first night it rained very hard. At the expiration of this time he was picked up by the rebels and taken to the Confederate Hospital, Washington Street, Petersburgh, Virginia, where he remained seven days. here he received good treatment and had plenty to eat. From thence he was taken to Richmond and confined in Libby Prison Hospital. While in this prison he suffered considerably, but much less than many other of his comrades did; for making himself known as a member of the Masonic fraternity, he found friends who ministered to his wants. Whilst laying upon the field of battle he was robbed of what money he had, his knife, picket-book, two gold pens and case--and in fact everything he had, even to a half-cent he had carried some ten years. On the 5th of February, 1865, he was paroled."
Source: L. C. Butler, The Memorial Record of Essex, Vermont, (R. S. Styles, Book and Job Printer, Burlington, 1866), pp. 18-9.

Lieut. Edgar A. Beach died at his home in Essex Junction on Saturday, December 12. He had been in very poor health since the death of his wife, some months ago, and about 10 days since had a paralytic shock from which he never rallied. He was a well known business man, and his loss will be severely felt by the community in which he lived.

Lieut. Beach was born in Westford, Vt., March 14, 1837. his early life was spent on his father's farm, attending the public schools for one or two terms each year. A short time before the war he entered the employ of D. H. Macomber, as a clerk in his general store, in which capacity he was engaged May 2, 1861, when he enlisted as a private in Co. H, 1st regiment Vermont volunteers. For his patriotism and his promptness in enlisting he received one hundred dollars, which had been offered by a patriotic citizen of Essex, as a prize to the first man who should enlist on the quota of that town. To the credit of young Beach it should be said that he knew nothing of this offer until after his enlistment.

Returning to Essex Junction after more than four years of faithful and arduous service, he resumed his former occupation as a clerk, for about five years, when he went into business on his own account, and at the time of his death was engaged in the clothing business under the firm name of E. A. Beach & Son. He was appointed postmaster by President Grant, holding the office for 16 years, and was again appointed by President Harrison. He also represented his town in the Legislature, and held many other civil offices of responsibility and trust.

In March, 1862, Lieut. Beach married Miss Martha A. Halbert, by whom he has one son. Lieut. Beach was a member of the Vermont Commandery of the Military Order of the Loyal Legion and of Rollin S. Sherman post No. 86, Grand Army of the Republic. His funeral services will be held in the Union church at Essex Junction on Tuesday afternoon, December 12 at 2 o'clock and will be attended by the members of these organizations.