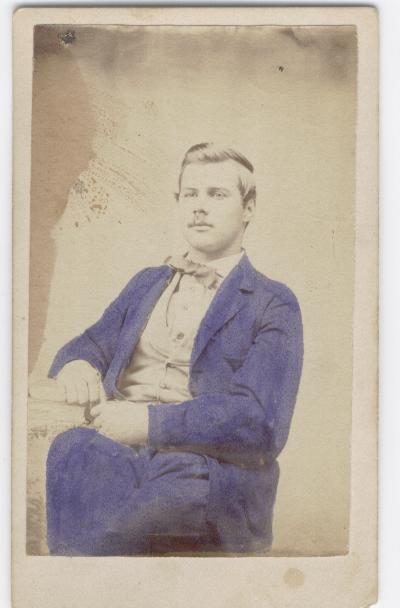 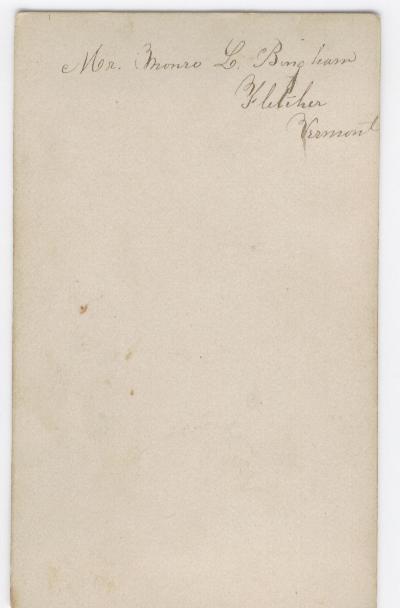 Dr. LeRoy Munroe Bingham died suddenly at his home in Burlington, November 27th, of angina pectoris. He had been in poor health for some time, but his death was entirely unexpected. Dr. Bingham was born April 10, 1845, m Fairfax, and was the son of Royal Tyler Bingham and Amy Proctor Bingham. His father was a prominent farmer of that town, and served in the Civil War. Dr. Bingham received his early education in the public schools of his native town. He enlisted May 7, 1861, in Company H, Second Vermont regiment, and was mustered in June 20 of that year. He was promoted to be corporal, and was wounded May 3, 1863, and May 5, 1864. He was mustered out June 29, 1864. His record throughout the Civil War was one of high credit. For a time he was instructor in Hampton Institute at Fairfax. In 1870 he was graduated from the University of Vermont College of Medicine, and he immediately began practice as a physician in Stowe. He married at Winooski February 22, 1871, Miss Alma Edwards of that place, who was the daughter of Jonathan and Rosanna Edwards. In 1874 he removed to this city, where he began the practice of his profession. His success was marked from the very first, and he rose to a place of high standing among the surgeons of this state in a few years. From about 1878, for a period of 20 years, he was one of the most active and the best known surgeons in Vermont, receiving calls from all parts of the commonwealth for operations and consultation. About 1874-1876 he was demonstrator of anatomy at the University of Vermont. When the Mary Fletcher hospital was opened he was attending surgeon, and continued in this position until within a few years. Since retiring from service in that capacity he has been consulting surgeon of the hospital. He established and conducted for several years the Amy Proctor sanatorium in this city. In 1900 Dr. Bingham retired from active practice and became attending physician to Dr. W. Seward Webb, whom he accompanied during extensive travels. Dr. Bingham's service in this capacity took him abroad for a year. At the time of his death he was chief consulting surgeon of the Rutland railroad. He was a member of the American Medical Association, the Vermont State Medical Society, and the Burlington and Chittenden County Clinical Society. He was a prominent member of the Methodist Church of this city, and, at the time of his death, president of its board of trustees.