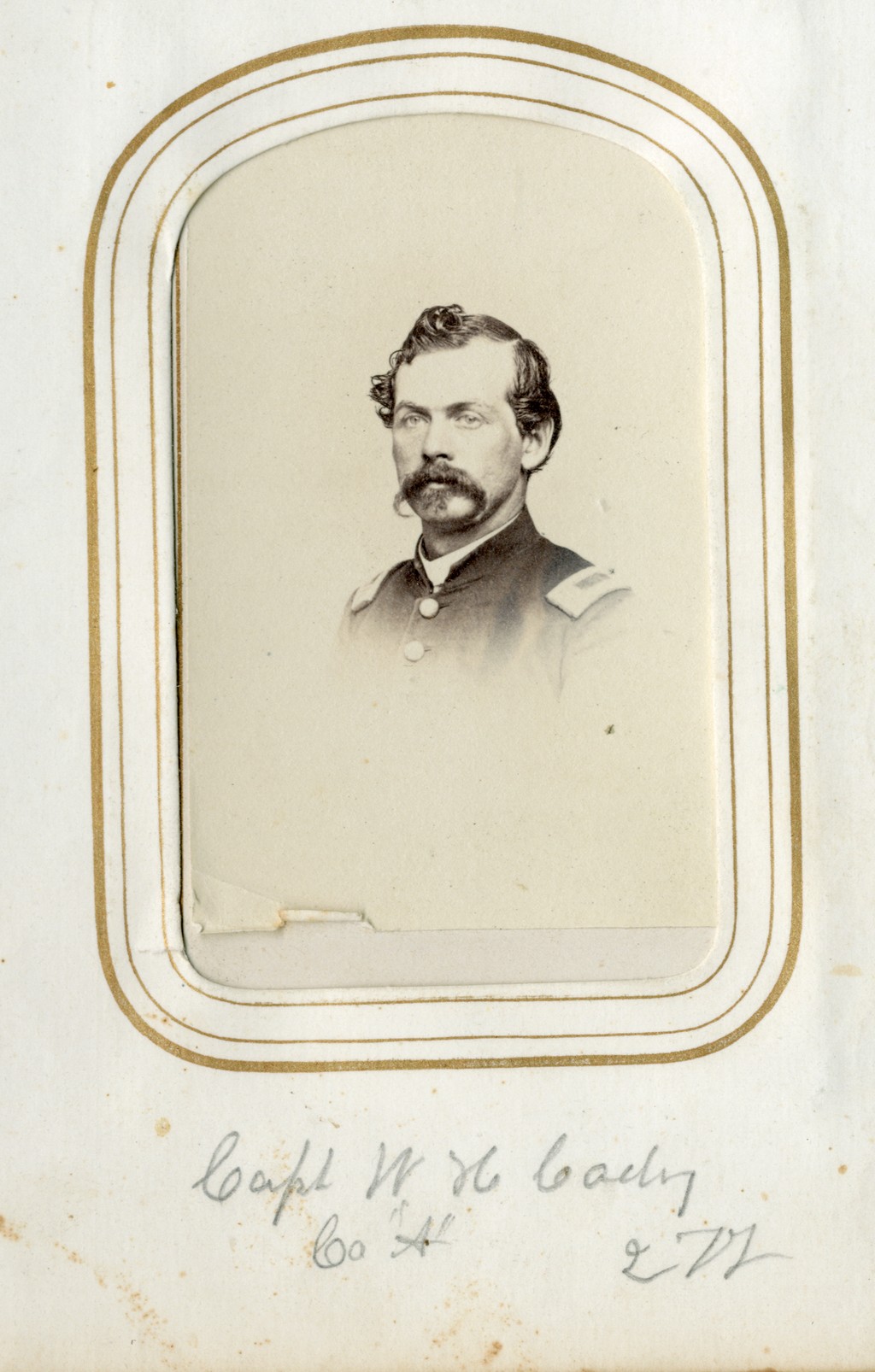 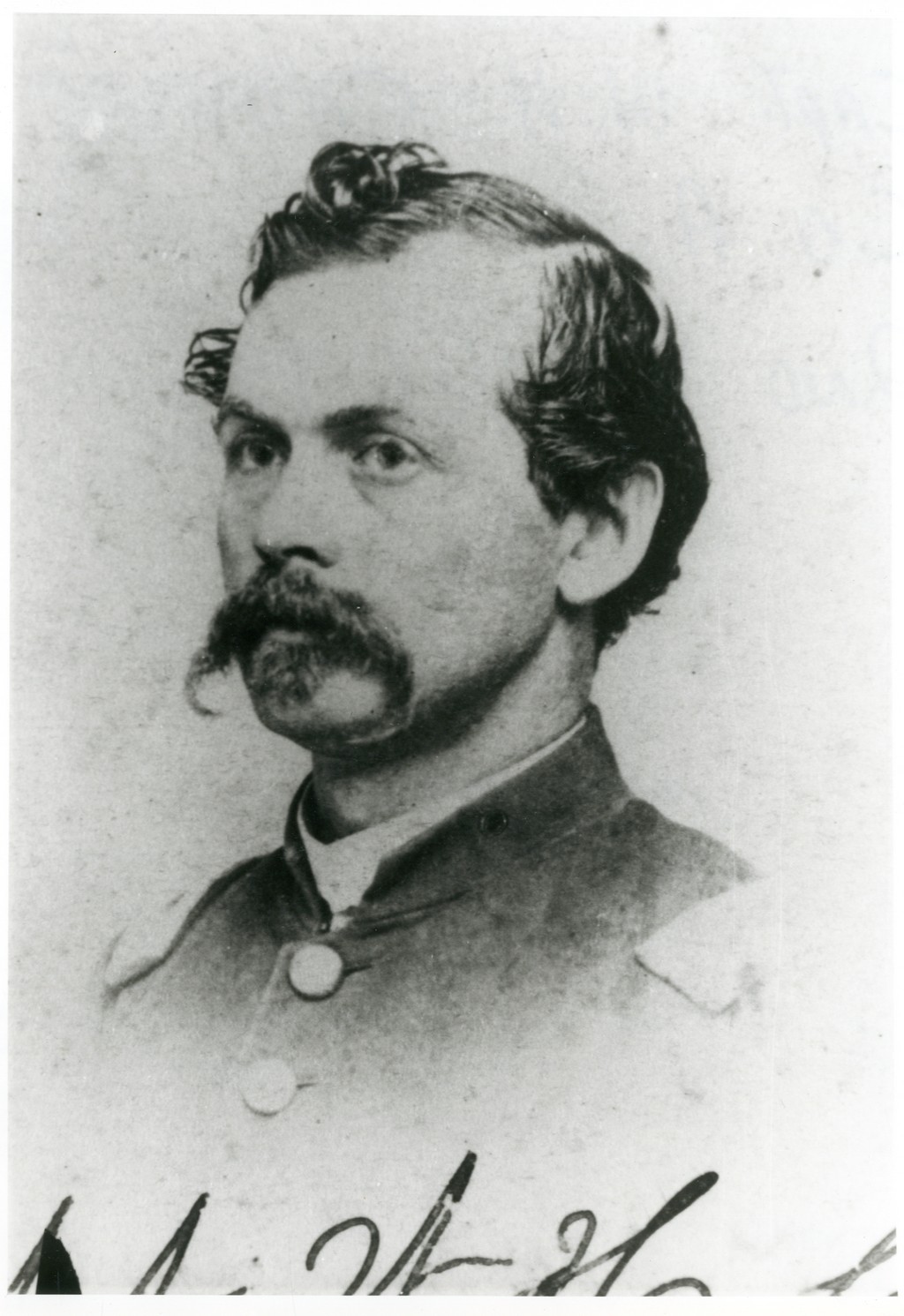 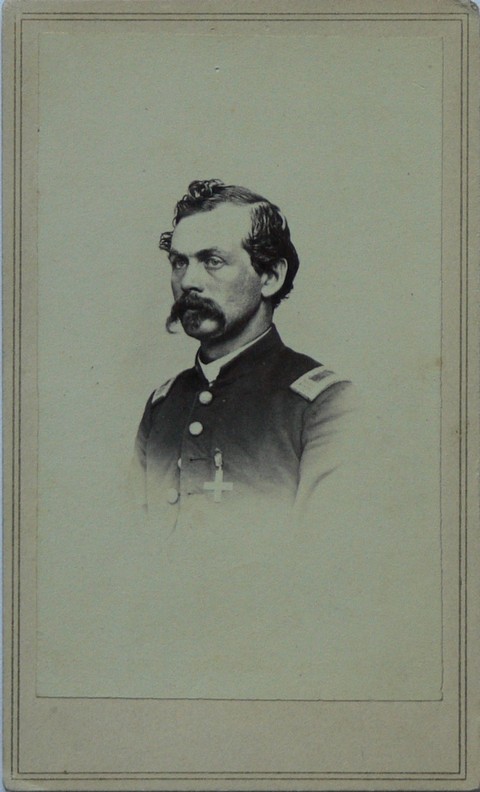 Died- Feb. 24th at the Stark House in Bennington, of which he had for many years been the proprietor, Lieut. Wm. H. Cady, in the 43d year of his age.

"Col. Wm. H. Cady, for a long time a sufferer from chronic Bright's disease, died very suddenly after an illness of a few days of acute inflammation of the liver, a frequent complication of the above disease."

This statement from the attendant physician explained better than we can the cause of the sudden death of Col. Cady, with the announcement of which the town was startled on Monday morning last. But few knew that he was ill, and none except those immediately about him that he was seriously so, and even they were not prepared for the sudden and fatal termination of his illness. The death of one so well known in this community, and by his army record so well known to Vermont soldiers throughout the State, requires more than a passing notice. When the news of the breaking out of the rebellion reached Bennington, and the necessity for stout resistance by force of arms became apparent, none sprang with a livelier alacrity to the defence of his country than the subject of this brief sketch. At the formation in Bennington of A Company of the 2d Vt. Volunteers, the officers of which were elected by the members of the company, there was naturally a desire for the positions of commissioned officers. Cady was elected the 2d Lieutenant, but no military title or honor, no pay nor bounty were needed to secure his services in his country's cause. Had the choice fell on another and he been left in the ranks, he would have gallantly shouldered his musket and trudged along to do a soldiers' duty in whatever place he was assigned. It was pure patriotism that sent this man to the field. In point of fact he was defeated for 2d Lieutenant at first, and Frank E. Smith elected, but Lieut. Smith, equally patriotic, after a few days of service, finding himself unequal to his new duties, and knowing the strong desire of the citizens of Bennington to have this, its first company, well officered, resigned, went into the ranks, and Cady was elected in his place. Smith was killed at Fredericksburg.

Col. Cady's commission as 2d Lieutenant was dated May 16th 1861; he was mustered into the service of the United States on the 20th of June, and with the regiment left at once for Washington. His first real service was at the battle of Bull Run, and with that battle he began a service, the length and extent of which it is the privilege of but few soldiers to boast of. It is believed by his comrades - at this early and hasty writing we cannot speak from the record - that he participated in every battle of the war in which his regiment was engaged up to the time of the expiration of his term of service in June, 1864. Certain it was that he had but one leave of absence in that time; he was never sick and never detailed on any service other than active service in the field and in front of the enemy. It is remembered that he was in all the celebrated engagements in which the regiment took part, and if he escaped any fighting at all, it was so trivial a nature as to be forgotten. Nor in all his fighting was he ever so wounded as to take him except briefly from his command. At one of the fierce fights in the Wilderness he received a wound in the left hand which compelled retirement from the field long enough to have it dressed.

He was promoted to the 1st lieutenantcy of the company Feb. 15th, 1862,and to its captaincy on the 7th of June following. In this position he remained until his term of service expired. In 1865 on the formation of a new system for the militia of the state, he was made Lieutenant Colonel of the 11th regiment, the Hon. Mason S. Colburn being Colonel. Aside from patriotism Col. Cady was pleased with a military life. Not that he liked fighting; no true soldier likes that, nor that he was fond of the pomp and circumstance of war, least of all was there any "fuss and feathers" about him; but he liked soldierly ways; liked to be commanded and to command; liked an orderly and well conducted parade or rerview. In short he was what is called a "military man, " and this made him sought for often in conducting, as marshall, on decoration day and other processions. These duties he performed well.

Col. Cady was what is known as a popular man. Everybody liked him, though he had positive opinions about men and things, he had his way of letting those opinions e known. He never courted popularity, never went out of his way for the sole purpose of gaining favor of others. He was popular too as a landlord; such a man would naturally be, and he understood his business well. He has passed away in the very prime of life, when ordinarily men are just making themselves felt in business and in the community where they dwell. He leaves behind him a wife and two children, the sadness of whose lot is deeply felt by a wide circle of relatives and friends.

The obsequies were held this morning from his late residence under the auspices of the Grand Army of the Republic, the Park Guard acting as escort. The services at the house were conducted by the Chaplain of the Custer post, the Rev. G. G. Jones, and the body was interred as according to the beautiful and impressive ceremonial of the G.A.R., and with full military honors. The Evergreen Wreath, the Rose and the Laurel were never more fittingly set forth to adorn the last resting place of a comrade, than on this occasion; and the gratitude for the service which a gallant soldier has rendered his country was fully attested by the large funeral cortege.