Philip P. Beauvais, who served as Philip Bovatt in Co. C, 5th Vermont Infantry, was thrice wounded during the Civil War, on 16 April 1862, at Lee's Mill, 5 May 1864, at the Wilderness and 3 June 1864 at Cold Harbor. In May 2013, Secretary of the Army John McHugh issued three Purple Heart certificates to his 2nd Great Granddaughter, Nadine Malone, and the medal with two Oak Leaf Clusters.

Philip Peter Beauvais known as Philip Bovat was the son of Jean Amable Baptiste Beauvais and Marie St. Germain. Philip immigrated to Highgate, Vermont with his parents and siblings in 1849 at the age of five. He went off to war in 1861 and returned in 1864 to marry Osithee Menard. Philip's occupation was a farmer and he worked the farm located on the Old French Settlement Road in Highgate with his father. He eventually took over the farm while helping to raise 14 children with his wife and from the 14 children came 79 Grandchildren. Members of the Philip Bovat family are still located in Vermont but can also be found in Massachusetts, New York, Connecticut, and Virgina..

After several false-starts, Fran Malone, whose wife Nadine is the 2nd-great-granddaughter of Philip, finally succeeded in getting the U.S. Army's Human Resources Command to give her a Purple Heart Medal with two Oak Leaf Clusters engraved on the back "For Meritorious Service - Philip Bovat," and later three Purple Heart Certificates (one for each wound he sustained), one of which is shown below. 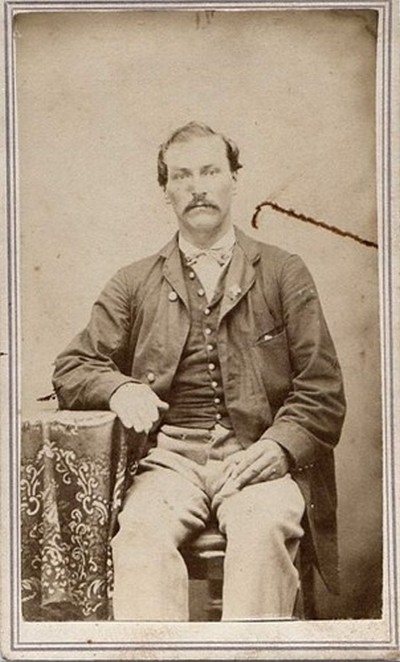 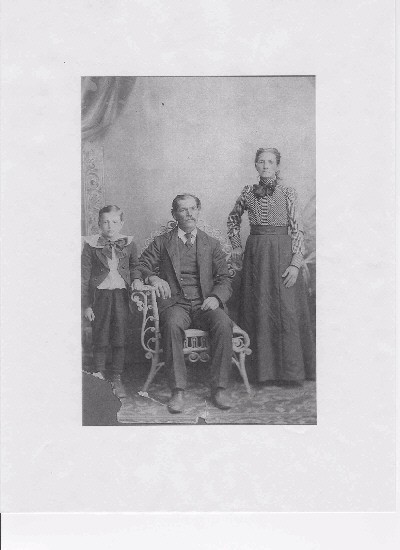 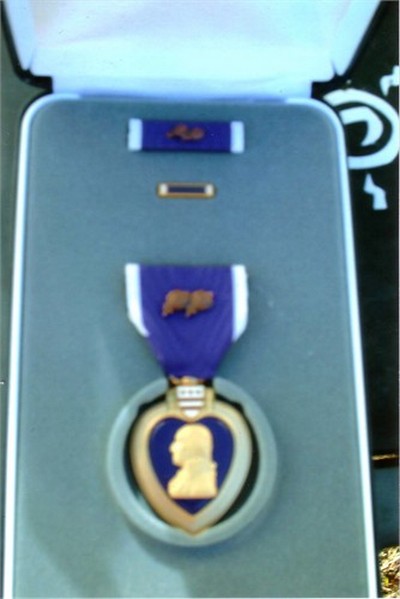 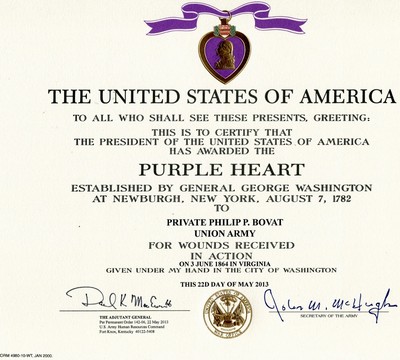 Philip Peter Bovat, 89, a Civil War veteran and long time resident of this town died at his home here yesterday afternoon. He was born at Chambly, Que., and moved here at an early age.

When the Civil War broke out he was one of four brothers who enlisted in Co. C, 5th United States Infantry. Two of his brothers were killed in action. He returned here after three yers of service after having been wounded twice.

On January 9, 1865, he married Ozeata Minor of Highgate. To them were born eight sons and six daughters. Of these 13 were later married.

The funeral will be held from St. Louis church ere Friday morning at 10 o'clock with burial in the Catholic cemetery.

Contributed by Fran Malone, whose wife Nadine is the 2nd Great Granddaughter of Philip.