Large Albumen and cdv (CL Howe, Brattleboro, Vt backmark) of artist Larkin Goldsmith Mead (1835-1910) born in Chesterfield N.H. and later lived in Brattleboro, Vt. Worked as an artist for Harper's Weekly and was hired by Brig Gen William F. Smith to do topographical drawings of Confederate positions in the Virginia penisula in 1862 until he was nearly killed by a Confederate sharpshooter. Both he and Vermont photographer George Houghton had had enough of the war by the Summer of 62 and they returned home; Mead left to study sculpture in Italy. He is known for the statue of Ethan Allen now at the State House in Montpelier, the Soldier's Monument in St. Johnsbury and Lincoln's statue for the president's monument in Springfield, Ill. 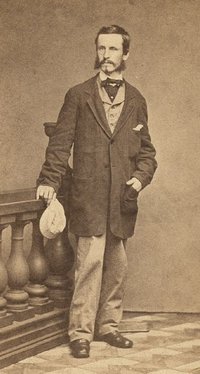 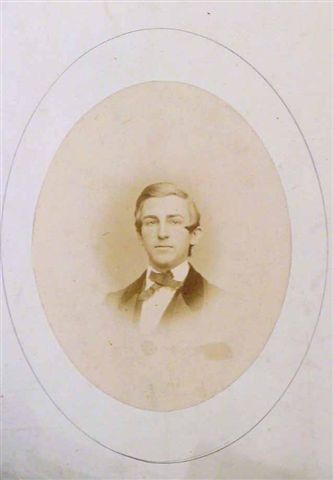 Some of Mead's work is available online: