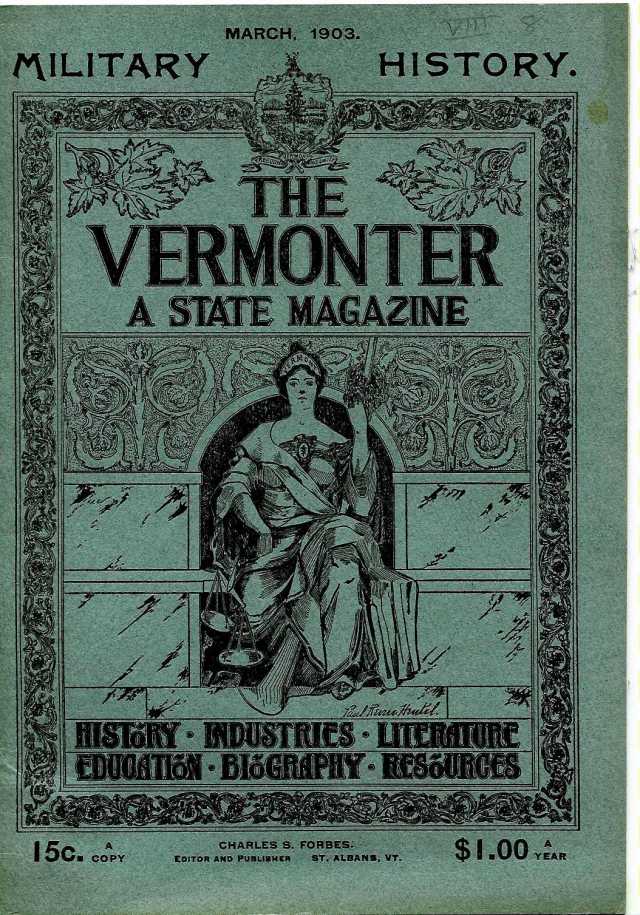 In March and April 1903, military historian George G. Benedict, best know for his two-volume "Vermont in the Civil War," published a 33 page article on Vermont's military history, starting with a military company organized in Bennington in October, 1764 and ending at the beginning of the 20th Century.

The article is reproduced here to provide some pre- and post-war information on Vermont's military experience aside from the Civil War. A careful reading of the article will show a number of Vermonter's whose service spanned more than one war; it definitely does not, however, mention all who had such service.

The article has been digitized and is presented in its original format. While the section on the Civil War is obviously covered in much more detail elsewhere on the website, the remaining sections are presented as it; we have neither the time nor the resources to even begin a study of any of the other time periods discussed here by Mr. Benedict.

Part I, up to, but not including the Civil War.