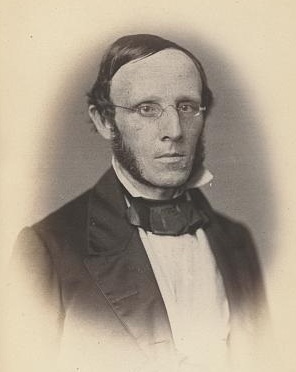 WOODBRIDGE, FREDERICK ENOCH, a Representative from Vermont; born in Vergennes, Addison County, Vt., August 29, 1818; was graduated from the University of Vermont at Burlington in 1840; studied law; was admitted to the bar in 1843 and commenced practice in Vergennes; member of the State house of representatives in 1849, 1857, and 1858; mayor of Vergennes for five years; State auditor 1850-1852; prosecuting attorney 1854-1858; engaged in the construction of railroads; member of the State senate in 1860 and 1861 and served as president pro tempore in the latter year; elected as a Republican to the Thirty-eighth, Thirty-ninth, and Fortieth Congresses (March 4, 1863-March 3, 1869); resumed the practice of his profession; died in Vergennes, Vt., April 25, 1888; interment in Prospect Cemetery.

Hon. Frederick E. Woodbridge, a prominent citizen of Vermont and a member of congress from 1862 to 1869, died at Vergennes Thursday. He was born in that city Aug. 29, 1818, and was graduated at the University of Vermont in 1840. Two years later he was admitted to the bar after studying with his father, Hon. E. D. Woodbridge, and very soon began a long and active career in political life. He was a member of the state house of representatives in 1849, 1857 and 1858; was state auditor in 1850, 1851 and 1852; was prosecuting attorney from 1854 to 1858 and was many times chosen mayor of the city of Vergennes. In 1860 Mr. Woodbridge was promoted to the state senate, where he remained two years, serving as president pro tem of that body a portion of the time, and then he was elected a representative to the 39th and 40th congresses. In 1866 he was a delegate to the Philadelphia "Loyalists' convention. " Mr. Woodbridge was for a time engaged in railroad management, serving for several years as vice president and active manager of the Rutland and Washington railroad. Funeral on Monday at 11 a. m.