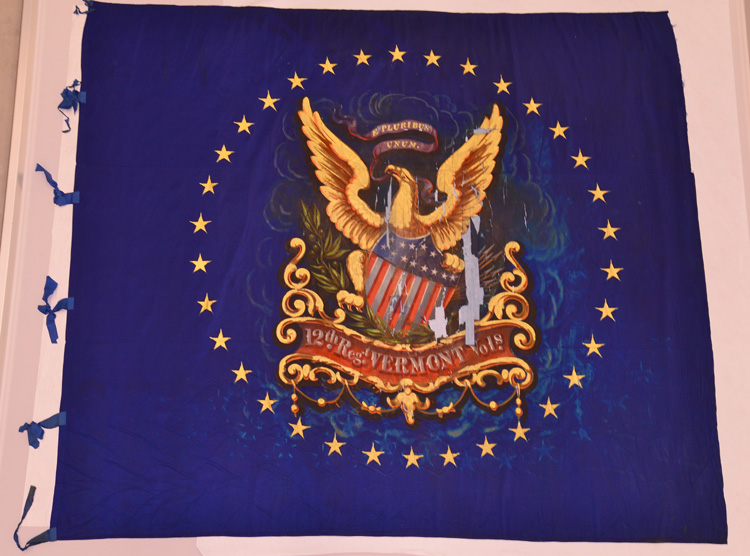 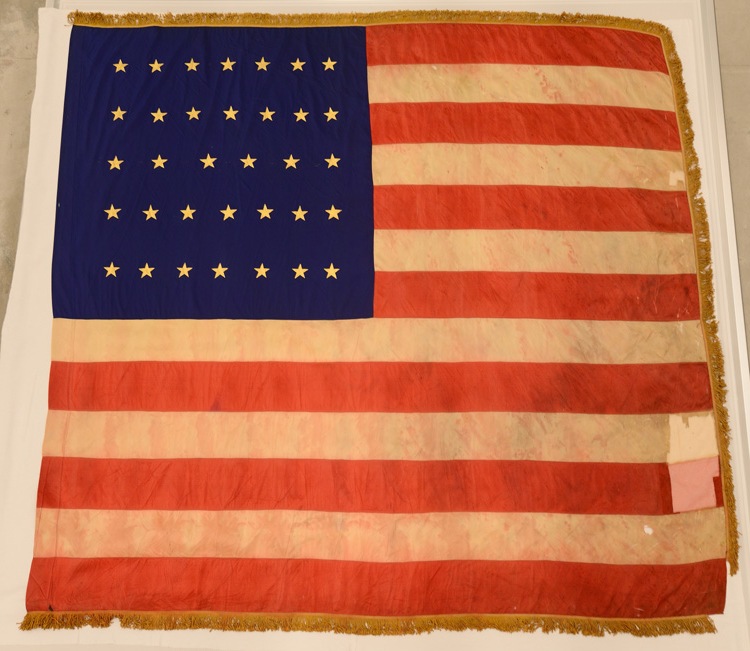 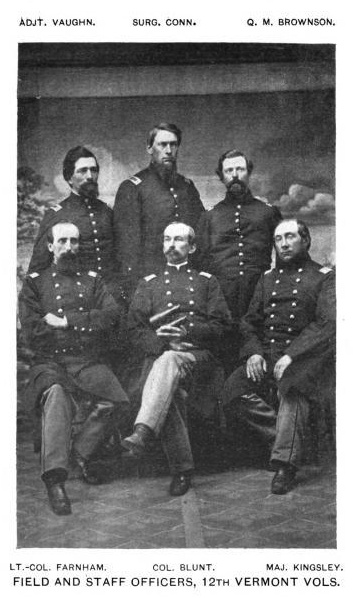 The 12th Regiment was the first of the five regiments raised in response to the president's call of Aug. 4, 1862, for 300,000 militia for nine months' service, the quota of Vermont under this call being 4,898 men. Gov. Holbrook issued a general order for a new enrolment of the Vermont militia and all the militia companies of the state were called into active service. There were twenty-two such companies upon the state roster, but some had formally disbanded, and some existed only on paper, so that only thirteen companies were in a condition to respond to the call. General Order No. 13 calling for nine months men to fill the quota, stated that town officers and patriotic citizens would be expected to enlist the men and form the necessary companies. By Sep. 20, 1862, fifty companies were enlisted and organized into the 12th, 13th, 14th, 15th and 16th regiments of infantry. All were militia regiments, organized in accordance with the state constitution, the privates electing the company officers and the company officers nominating the field officers, who were then commissioned by the governor, the field officers in turn electing the regimental staff. The first ten companies which responded to the call comprised the 12th regiment. These were the West Windsor Guards (Co. A), Woodstock Light Infantry (Co. B), Howard Guards (Co. C), Tunbridge Light Infantry (Co. D), Ransom Guards (Co. E), New England Guards (Co. F), Allen Grays of Brandon (Co. G), Bradford Guards (Co. H), Saxton's River Light Infantry of Rockingham (Co. I), and Rutland Light Guard (Co. K). B, C, E, F, G, H, and K formerly formed part of the 1st infantry, but under different officers and with many different members. The several companies rendezvoused at Brattleboro, Sep. 25, and were mustered into the U. S. service on Oct. 4, with a membership of 996 officers and men, many of the officers having seen previous service. Col. Blunt had served as adjutant in the 3d, and lieutenant-colonel in the 6th; LtCol. Farnham and Maj. Kingsley had held lieutenants' commissions in the 1st and more than a dozen of the line officers had served in the ranks of that organization. The personnel of the regiment comprised the best citizenship of the state, men of property and high business and professional standing, who afterwards gave to the state two governors, a quarter- master-general, a railroad commissioner, a state librarian, a state historian and several state senators. The 12th left the state on Oct. 7 for Washington, and on its arrival there was assigned to Derrom's brigade, Casey's division. When the other four nine months regiments arrived on Oct. 30, the five organizations were united to form the 2nd Vermont Brigade, the 2nd brigade, Casey's division, reserve army corps for the defense of the capital. Col. Blunt was the ranking colonel and commanded the brigade until Dec. 7, when Brig.-Gen. E. H. Stoughton took command. On the morning of Oct. 30, the brigade broke camp and moved to a point 2 miles south of Alexandria, on the Mt. Vernon railroad, where it did picket and fatigue duty for 6 weeks. It then moved with the brigade to Fairfax Court House and performed picket duty for 3 months along Bull Run and Cub Run. On Dec. 28 it assisted in repulsing Stuart's third cavalry raid, inflicting some loss on the enemy, but sustaining none itself. It was afterwards employed in guarding the fords of the Occoquan river and picketing the outer line of defenses of Washington. During May and part of June, 1863, it was engaged in railroad guard duty by detachments on the Orange & Alexandria railroad and on June 21, moved to Wolf Run shoals. At the beginning of the Gettysburg campaign, the 2nd Vermont Brigade was attached to the 3d division, 1st corps, and formed the rear-guard of the army until it crossed the Potomac. During the battle of Gettysburg it was detached with the 15th Vt. to guard the corps trains. Cos. B and G were later detached as guard for a portion of the ammunition trains and were posted on the Taneytown road on the outskirts of the field, during the 3d day of the fight. After the battle it moved by railroad to Baltimore, as guard for 2,500 Confederate prisoners. Its term of service having expired on July 4, 1863, it returned to Brattleboro on the 9th and was mustered out on the 14th. It suffered no losses in action, but willingly performed all that was asked of it, and was a well disciplined command. Many of its members subsequently reenlisted in other organizations. The total enrolment was 1,005; of whom 63 died of disease and only 4 deserted.