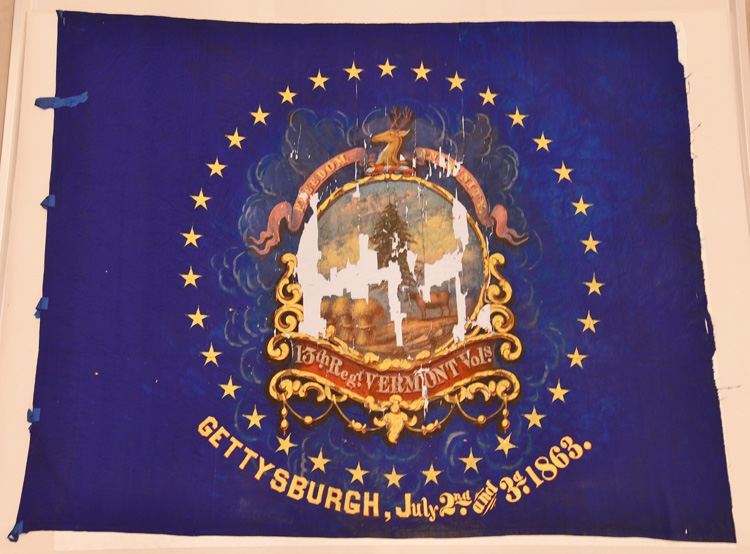 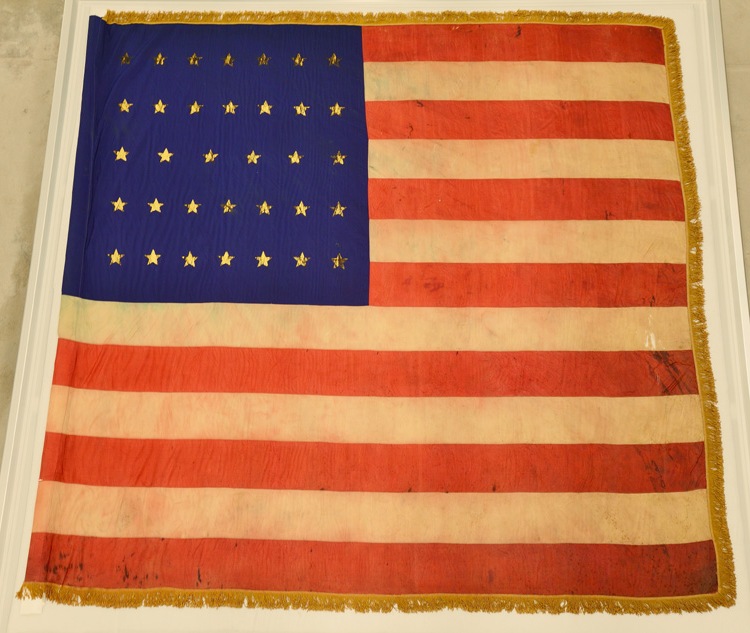 The 13th Regiment was recruited in the summer of 1862 in the counties of Washington, Chittenden, Lamoille and Franklin. It was organized on Sep. 24, rendezvoused at Brattleboro on the 29th, and was mustered into the U. S. service for nine months on Oct. 10, 1862. Two of its companies, the Emmett Guards of Burlington, and the Lafayette Artillery of Calais, belonged to the uniformed militia of the state, who responded to the order of Aug. 12, calling all the state militia into active service. The personnel of the regiment were of a high order, more than half of the members being young farmers and many of the others belonging to the learned professions. Col. Randall had seen 15 months' service as captain of Co. F, 2nd Infantry; LtCol. Brown was a captain of the Montpelier militia company when elected, but was without previous military service; Maj. Clark had been a captain in the 1st Infantry throughout its term of service. The 13th left the state for Washington, Oct. 11, 953 strong, and soon after its arrival there was united with the other nine months' Vermont regiments to form the 2nd Vermont Brigade. On Oct. 30 it proceeded to the heights south of Alexandria, Va., where it engaged in picket and fatigue duty at "Camp Vermont" for a month. Late in November it moved to Fairfax Court House, thence to Union mills, Va., where it was occupied for 2 weeks in railroad guard duty, and then returned to Camp Vermont, Dec. 5. A week later it marched with the brigade to Fairfax Court House, was occupied for 5 weeks in holding the fortifications at Centerville and picketing along Bull Run, assisting in the repulse of Gen. Stuart's cavalry at Fairfax Court House Dec. 28. It was posted at Wolf Run shoals from Jan. 20 to April 2, 1863, then established "Camp Carusi," on the Occoquan, guarded the fords of that stream until the latter part of June, when it joined the other regiments of the brigade at Union mills and started on the 7 days' march to Gettysburg. It arrived on the battle-field on the evening of July 1 and went into position on the left of Buford's cavalry on Cemetery hill. On the second day of the battle five companies of the 13th, commanded by Lieut.- Col. Munson, supported a battery on the west side of Cemetery hill. The other companies under Col. Randall recovered a Union battery by a gallant charge, and advancing in the evening on the Emmettsburg road as far as the Rogers' house, captured 83 of the enemy who had taken refuge there. On the 3d day of the battle it was heavily engaged during Pickett's famous charge, capturing 243 officers and men. The loss of the 13th at Gettysburg was 11 killed, 81 wounded and 23 missing. Its term of service having expired, it returned to Brattleboro shortly after the battle and was there mustered out on July 21, 1863. A large number of the members afterwards reenlisted in other organizations.

The total enrolment of the regiment was 968, of whom 19 were killed in action or died of wounds, 53 died of disease, 7 deserted, 84 were wounded and 5 were captured.