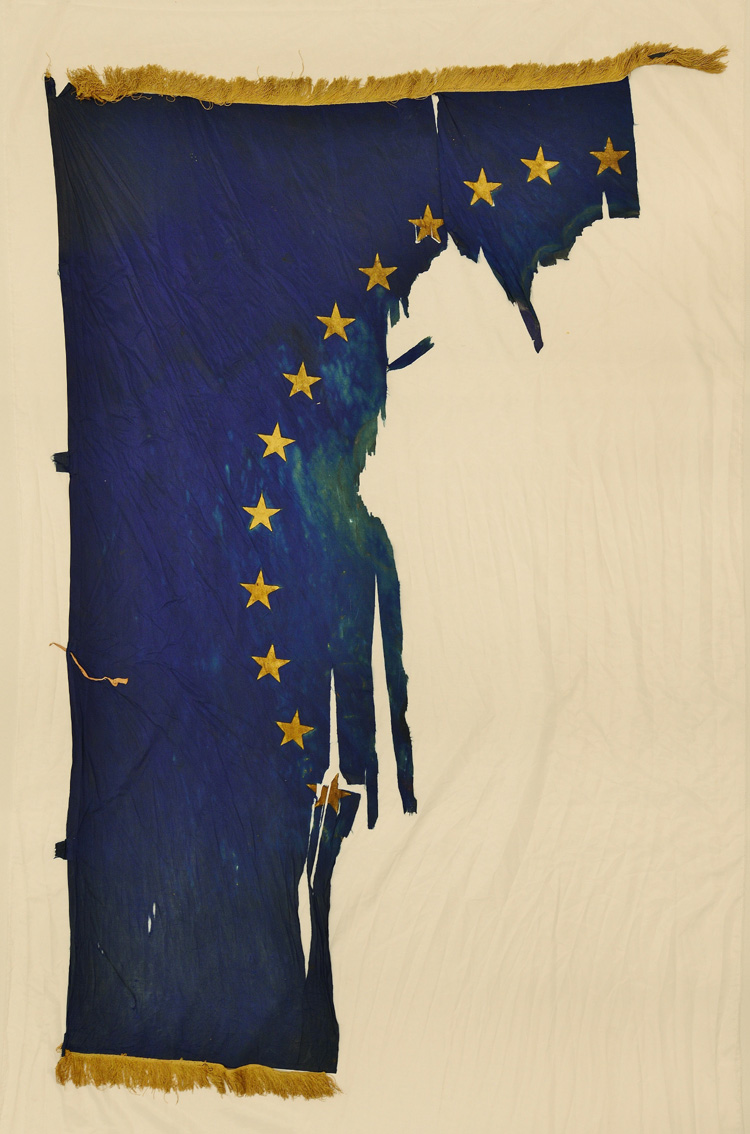 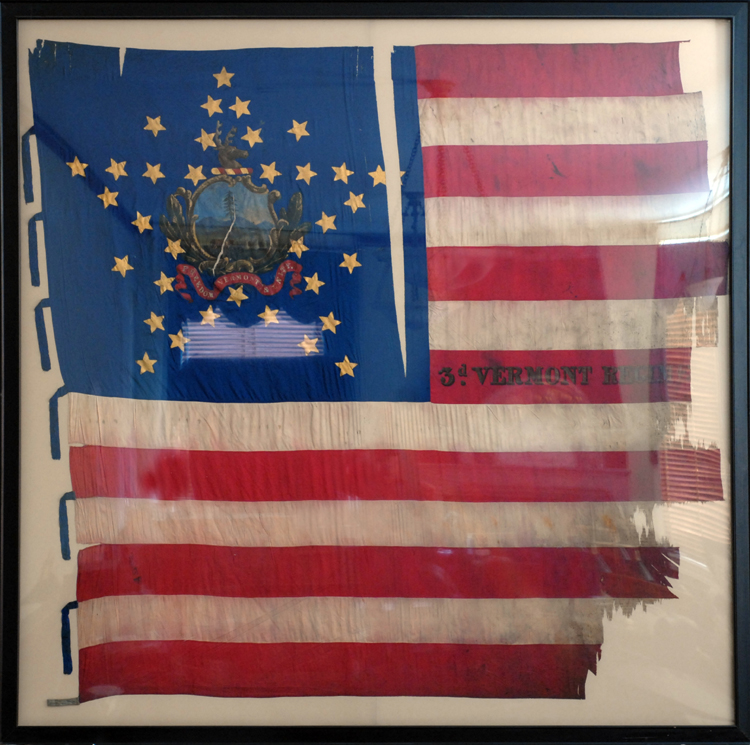 The 3d Regiment was mustered into the U. S. service for three years at Camp Baxter, St. Johnsbury, July 16, 1861, and ordered to Washington on July 24. It was assigned to the force on guard at the Chain Bridge over the Potomac and became a part of the famous Vermont Brigade, with which it served until the expiration of its service, as part of the 6th Corps. It assisted in building Fort Ethan Allen and participated in its first engagement at Lewinsville, Va., Sep. 11, 1861, after which it was in winter quarters at Camp Griffin until March 10, 1862, when it moved to Alexandria and Fortress Monroe. The regiment shared in the Peninsula Campaign of 1862 and in all the difficult and arduous service of the Vermont Brigade in the following years of the war. This brigade, according to Col. Fox, suffered the heaviest loss of life of any one brigade during the war. The engagements participated in by the brigade were as follows : Lee's Mills, Va., Williamsburg, Golding's farm, Savage Station, White Oak swamp, Crampton's Gap, Antietam, Fredericksburg, Chancellorsville, Gettysburg, Funkstown, Rappahannock Station, the Wilderness, Spotsylvania, Cold Harbor, Petersburg, Reams' Station, Fort Stevens, Charlestown, Opequan, Fisher's Hill, Winchester, Cedar Creek, and again at Petersburg at the end of the siege and at Sailor's Creek. The 3d Vt. is also mentioned by Col. Fox in the list of the 'three hundred fighting regiments." The winter of 1862-63 was spent in camp near Falmouth and in the Chancellorsville battles in May, 1863, the brigade was repeatedly in action, making a brilliant assault upon Maryes Heights. At Gettysburg the regiment participated in the battle with heavy loss and was then ordered to New York to preserve order in that city. Winter quarters of the 6th Corps, of which the Vermont Brigade was the 2nd brigade, 2nd division, were established at Brandy Station, Va., where a large number of the members of the 3d reenlisted. In the battles of the Wilderness and Cold Harbor the command suffered severely and when the original members not reenlisted were mustered out on July 27, 1864, the remainder of the regiment was consolidated into a battalion of six companies. It proceeded to Petersburg with the Army of the Potomac and in July was ordered to Washington, where it faced Gen. Early in the campaign which followed in the valley of the Shenandoah. Returning to Petersburg, it was employed in the operations of the siege from Dec, 1864, to the fall of the city, April 2, 1865, and joined in the final assault on the works. After participating in the grand review at Washington, the regiment was mustered out there on July 11, 1865.

The total strength of the regiment was 1,809, of whom 196 were killed or died of wounds and 166 from disease, imprisonment or accident.