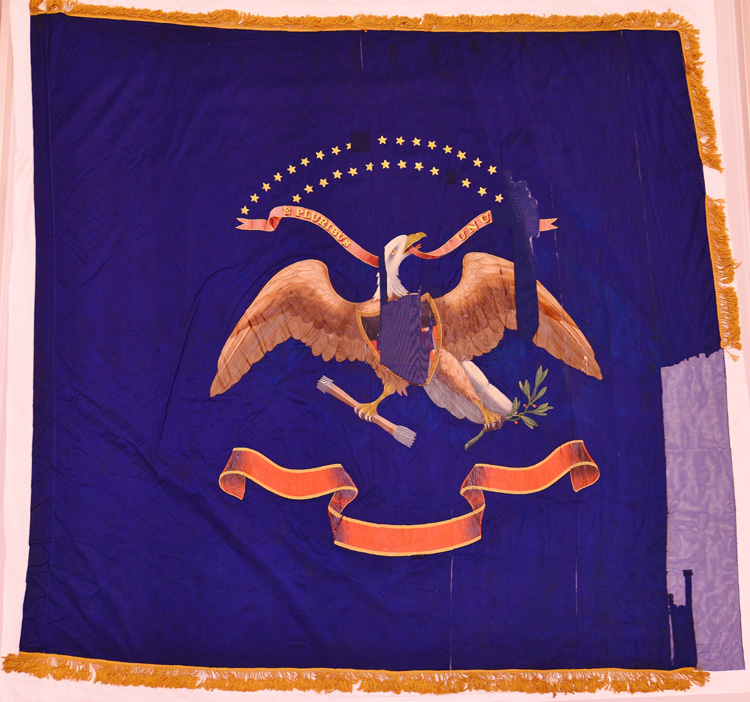 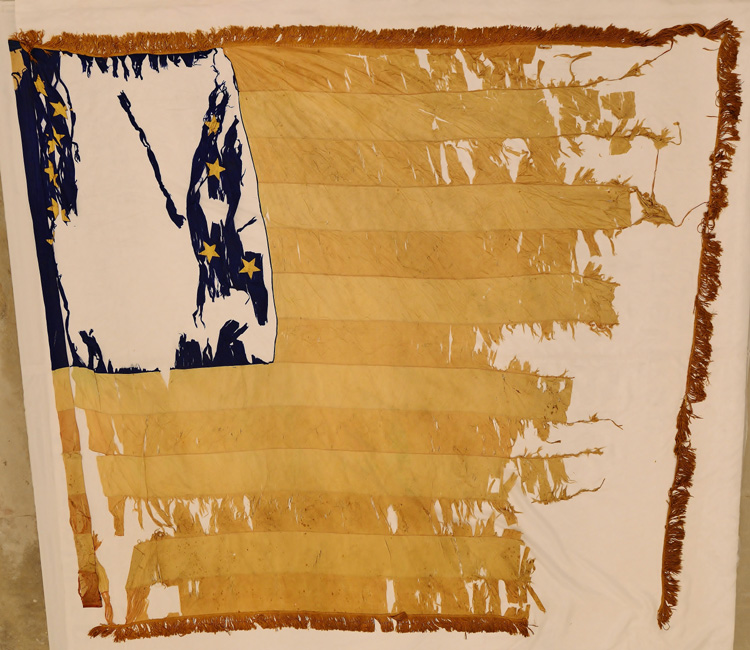 The 4th Regiment, composed of members from the eastern part of the state, was mustered into the U. S. service for a term of three years at Brattleboro, Sep. 21, 1861, and ordered at once to Washington. Co. A was composed mainly of members from Bennington county, and Windsor, Orange, Orleans, Windham, Washington and Caledonia counties were all represented. The regiment spent just a few days at Washington and moved on to join the other Vermont regiments, stationed at Camp Advance, Va. It was assigned to the Vermont Brigade. Gen. W. T. Brooks, 2nd division. Gen. William F. Smith, 6th Corps, and remained with this corps during the entire war. The original members not reenlisted were mustered out, Sep. 30, 1864. and the 1st, 2nd and 3d companies of sharpshooters were assigned to the regiment, Feb. 25, 1865. The losses of the regiment were so heavy that in spite of the large numbers of reenlisted men and recruits, it was consolidated into eight companies on Feb. 25, 1865. The 4th is mentioned by Col. Fox in his "Regimental Losses" as one of the "three hundred fighting regiments." The active service of the command opened with the campaign on the Peninsula early in 1862, followed by the battles of Antietam and Fredericksburg of that year, the "Mud March," Chancellorsville, Gettysburg, the Mine Run campaign, the Wilderness, Spotsylvania, Cold Harbor, the siege of Petersburg, the campaign against Early in the valley of the Shenandoah in the summer of 1864, and the final capture of Petersburg. The first winter was spent near the Chain Bridge over the Potomac ; the second near Falmouth, Va. ; the winter of 1863-64 at Brandy Station, Va., and the final winter in the trenches before Petersburg. In all of the varied services of the Vermont Brigade, the 4th always played its part with steadiness and courage, meeting losses that were almost overwhelming. After the grand review at Washington in May, 1865, the regiment was mustered out (July 13), and received the welcome orders for the homeward journey.

The total strength of the regiment was 1,690 members, of whom 159 were killed or died of wounds, 201 from disease, 61 in Confederate prisons and 2 by accident.