Company A, Fourth Vermont Infantry, "Taken at Camp Winfield Scott, Army of the Potomac before, Yorktown, April 18, 1862." This is a George Houghton photograph. 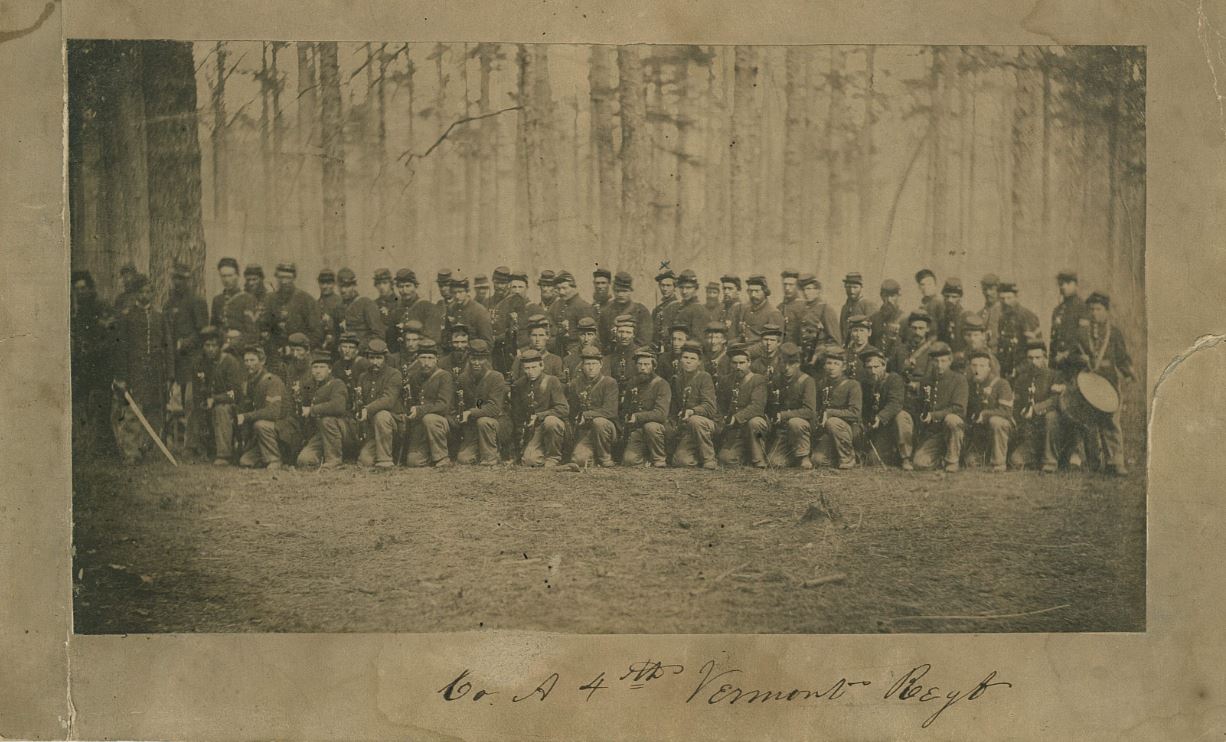 Private Alonson B. Shaw, center, back row
Marked with an 'X' above his head 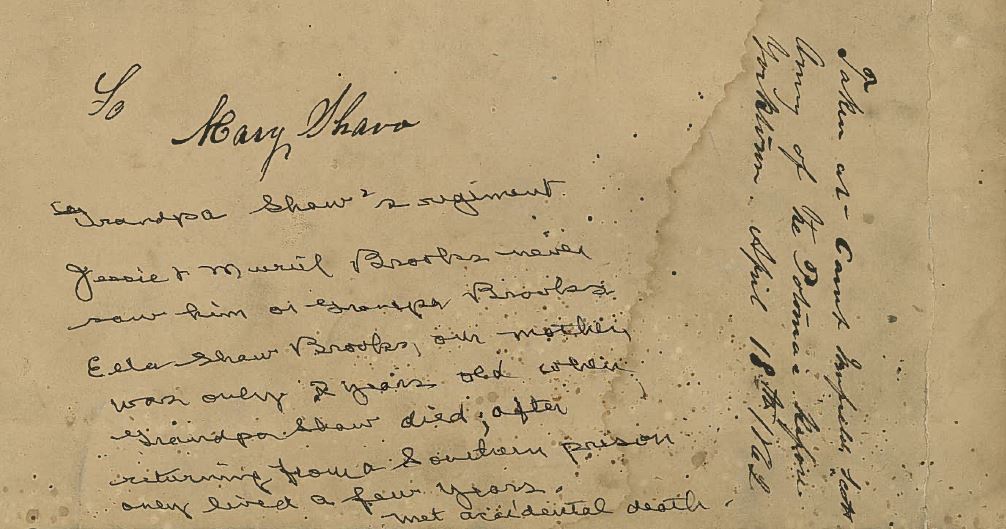 Inscription on the back:

Aside from Private Shaw, the only other two identified in the picture, according to Don Wickman, in his "'A Very Fine Appearance', The Vermont Civil War Photographs of George Houghton," are Captain John Pratt, on the far left, and Musician Nelson Wilcox, on the far right.

Courtesy of Clair Palumbo, friend of a descendant of Alonson Shaw.