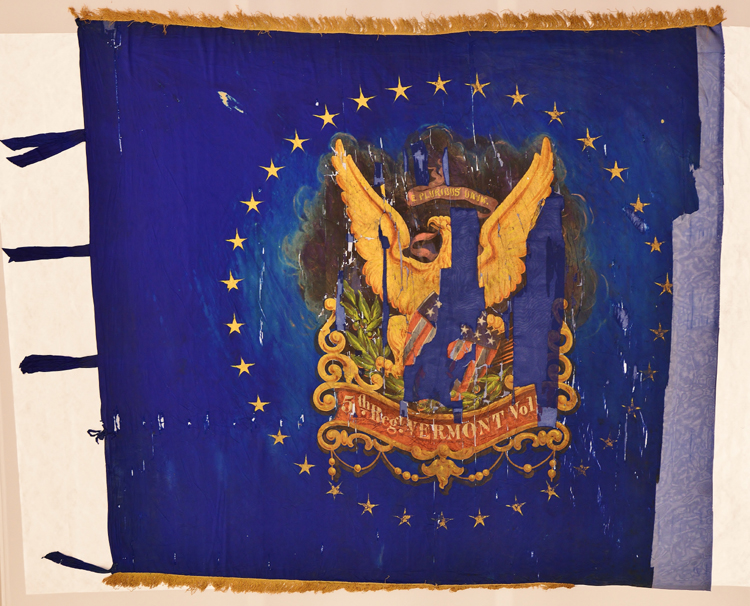 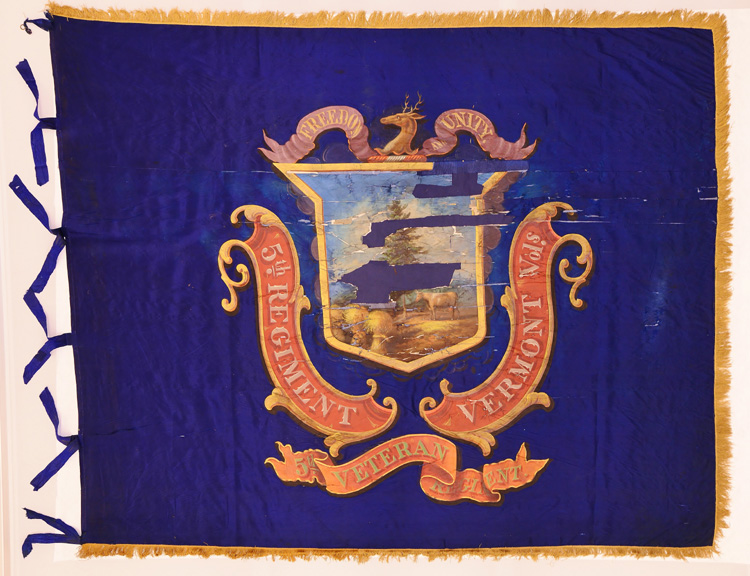 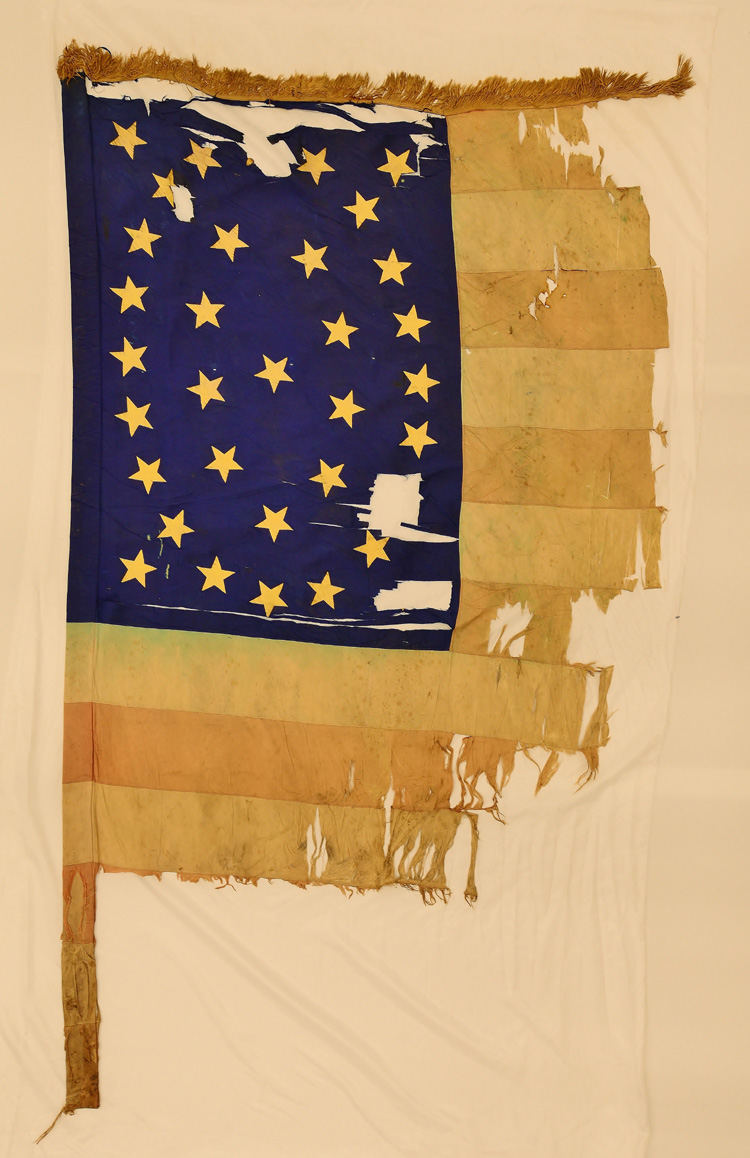 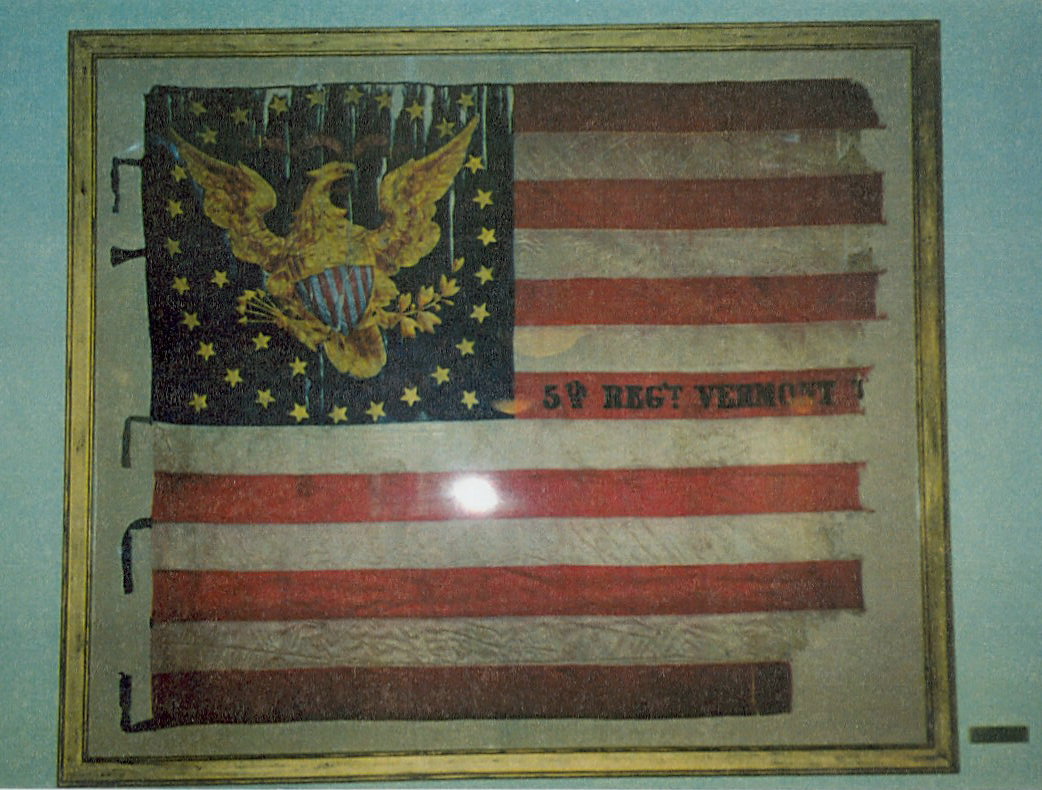 The 5th Regiment was composed of members from St. Albans, Middlebury, Swanton, Hyde Park, Manchester, Cornwall, Rutland, Brandon, Burlington, Poultney, Tinmouth and Richmond and was mustered into the U. S. service for three years at St. Albans, Sep. 16, 1861. It was ordered at once to Washington and joined the other Vermont troops at Camp Advance, Va., near the Chain Bridge, where it was assigned to the Vermont Brigade, with which it served during the remainder of the war. The fortunes of this brigade were many months of hard fighting and miles of weary marching, but at the end the attainment of lasting renown. The 5th is one of the "three hundred fighting regiments" mentioned by Col. Fox. Co. E, from Manchester, is said to have suffered the heaviest loss of any company from Vermont, and at the battle of Savage Station, Va., June 29, 1862, the regiment is said to have suffered the heaviest loss in killed and wounded of any one regiment in a single action. The story of the Vermont Brigade has already been told and the 5th had its important share in the engagements of the brigade throughout the Peninsular and Maryland Campaigns of 1862, both Fredericksburg Campaigns, Gettysburg and the movements in the vicinity of the Rapidan and Rappahannock in the autumn of 1863. Early in December of that year a large number of the members of the 5th reenlisted, and on Sep. 15, 1864, the original members not reenlisted, were mustered out at Clifton, Va. The 5th was continued in service as a veteran organization and participated in the bloody month with the Army of the Potomac from the Wilderness to Cold Harbor, afterward taking part in the siege of Petersburg, where it was active in the operations. It moved to Washington with the 6th Corps to confront Gen. Early, whose troops threatened the city. In the final assault on Petersburg, April 2, 1865, the Vermont Brigade was in the front of the line, the 5th being the first regiment to reach the enemy's works and there plant its colors. It then joined in the pursuit and after Lee's surrender moved to Danville to cooperate with Gen. Sherman. The total strength of the regiment was 1,618, of whom 201 members were killed or died of wounds, 112 from disease, 21 from imprisonment and 4 by accident. The veterans and recruits were mustered out on June 29, 1865.