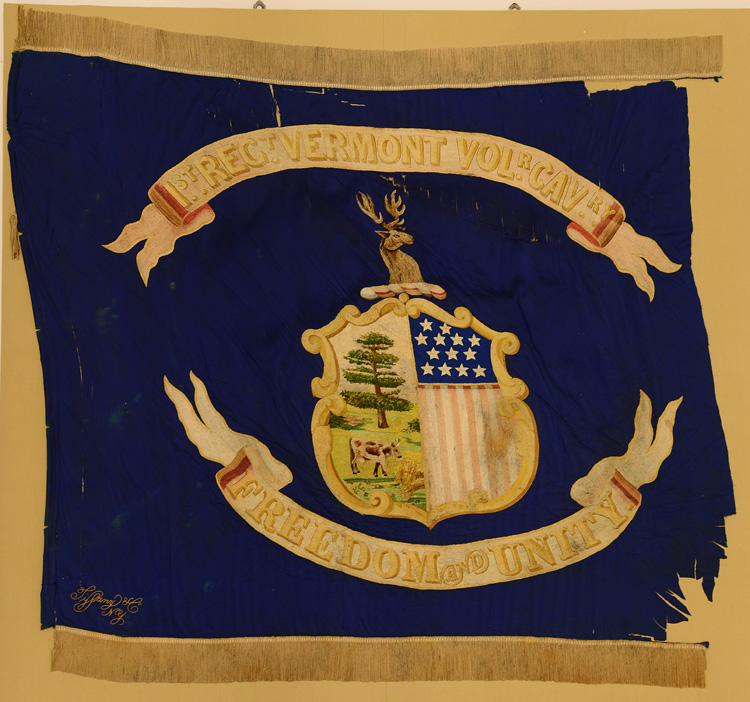 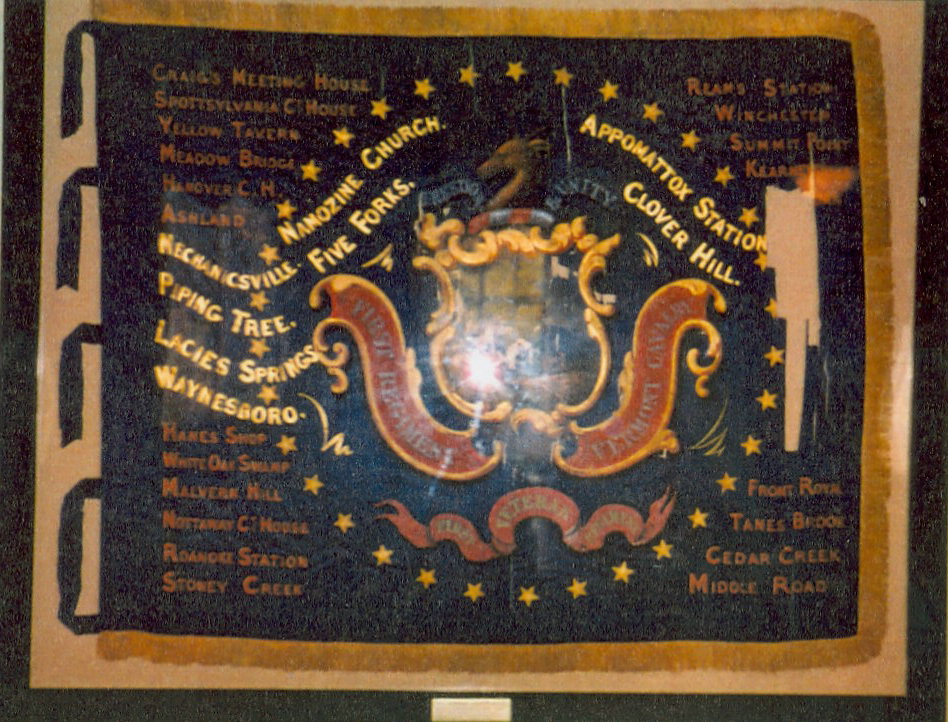 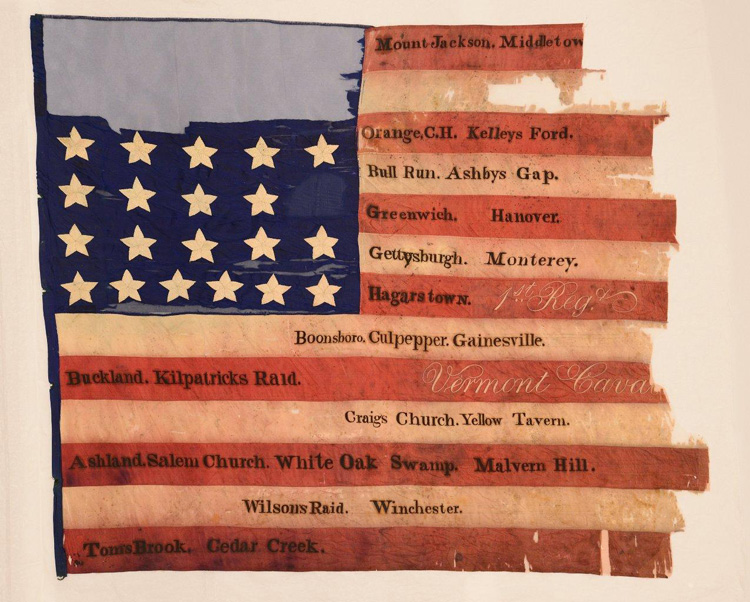 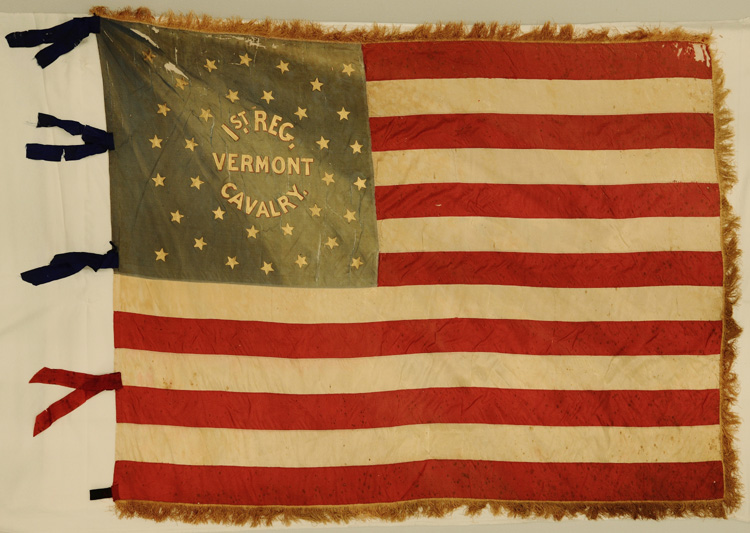 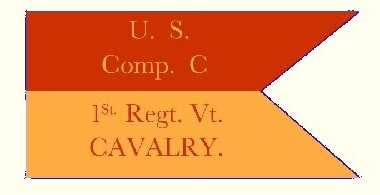 Guidon, Company C
(Courtesy of Peter Flood)
The 1st Cavalry, recruited in different parts of the state, was mustered into the U. S. service for three years, Nov. 19, 1861, at Burlington. After a few weeks in camp it left for Washington, Dec. 14, and was not in active service in the field until the spring of 1862, when, with the forces of Gen. Banks, it was engaged at Middletown, Winchester, and in the campaign which terminated in the second battle of Bull Run Aug. 30, 1862. The loss in the summer campaigns was heavy but the command was reinforced in the autumn by the addition of two new companies and many recruits. The regiment was stationed in the vicinity of Washington on various details during the winter of 1862-63 and frequent skirmishes with Mosby's guerrillas prevented any monotony. On June 28, 1863, it was assigned to the cavalry corps, Army of the Potomac, with which it served from that time. In the battle of Gettysburg it won laurels; was active in the pursuit which followed, harassing the enemy from point to point, and finally halted for the winter at Stevensburg, Va. It shared in the raid upon Richmond under Gen. Kilpatrick and when the spring campaign opened in 1864 was attached to the 2nd Brigade, 3rd Division, Cavalry Corps. In the battle of the Wilderness the ist lost many brave officers and men. It was active in the battles which followed at Yellow Tavern and Meadow Bridge, during Sheridan's Raid on Richmond, and was also at Hanover Court House, Ashland, Haw's Shop, Bottom's Bridge, White Oak Swamp. Riddle's Shop and Malvern Hill. The regiment was ordered to join the expedition for the destruction of the Weldon and South Side Railroads, in which skirmishes and engagements resulted at Reams' Station, Nottoway Court House, Roanoke Station and Stony Creek. In August it was ordered to join Sheridan who was confronting Gen. Early in the Shenandoah Valley and arrived at Winchester on Aug. 17, in time to participate in the engagements at Winchester, Charlestown, Summit Point, Kearneysville, the Opequan, Newmarket, and Cedar Creek. The original members who had not reenlisted, were mustered out on Nov. 18, 1864. On Feb. 27, 1865, Sheridan's cavalry commenced the return to Petersburg where it arrived after a journey of three weeks. In the cavalry fight at Five Forks the 1st Vt. had a share and continued in the advance of the column through several minor affairs until the corps reached Appomattox Court House, where Gen. Lee surrendered. The regiment participated in the grand review of the armies at Washington and returned to Vermont early in June. The men whose term of service would expire prior to Oct. 1 were mustered out at Burlington and the remainder were consolidated into a battalion of six companies which served in Vermont and northern New York until Aug. 9, 1865, when they were mustered out. Col. Fox mentions the 1st Vt. Cavalry as one of the "three hundred fighting regiments," and also lists it fifth in an enumeration of nine regiments who lost over 119 men. It was, however, second to none in the number of captures it made. At the battle of Cedar Creek it won three of the eight medals awarded to the army for colors captured.

The total strength of the regiment was 2,304 members, of whom 112 were killed or died of wounds, 114 died of disease, 159 in Confederate prisons and 7 by accident.